That said, however, treatment for alcohol abuse in the 21st century is locked in a 20th century mindset.

In his recent book, “US of AA,” author Joe Miller explores, in his words, “how the 12 steps hijacked the science of alcoholism.” The 12-step program Miller is referring to is, of course, Alcoholics Anonymous (AA). Founded in the 1930s and 1940s by co-founders William Wilson (or, “Bill W.,” as he is mostly known) and Robert Smith, AA is still the go-to program for problem drinkers seeking treatment for alcohol abuse.

According to critics of AA, however, AA is – and always has been – a kind of cult that pushes pseudo-scientific claims and religion masquerading as treatment. Over the decades, the effectiveness of AA has been called into question, as AA’s own records accounts for a mere 5 percent success rate, according to Miller. In other words, “AA fails ninety-five percent of people who come in the door,” writes Miller. What’ more, there have been a wide variety of AA spin-off programs over the years from everything to gambling to sex and food addiction.

The good news is that since about the 1990s, other treatment options have emerged to help treat AUD. Some of these have included “Rational Recovery” and “SMART Recovery.” Additionally, pharmaceuticals such as naltrexone (which has actually been around for decades) may help bring addicts relief. But despite these recovery options, 12-step programs and the absence-only approach to recovery remain dominate, even though programs like AA: 1) lack a firm scientific underpinning, and 2) are only effective to about 5 percent of those who try it.

The best approach for treating alcohol abuse may be a multifaceted approach, but this files in the face off dogmatic AA advocates, who believe that the 12-step way is the only way. Yet the fact remains . . . consuming large amounts of alcohol is likely to be detrimental to one’s physical and psychological health, and since the on-set of the COVID-19 pandemic in early 2020, reports of alcohol abuse (along with other substances) have been on the rise. Finally, those seeking treatment for alcohol abuse should consult a qualified specialist who can help point that person in the right direction. 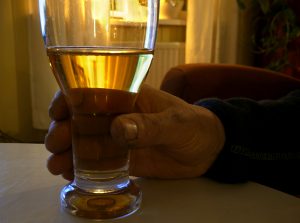 Miller, J. (2019). US of AA: How the Twelve Steps Hijacked the Science of Alcoholism. Chicago Review Press. Chicago, IL.