The cliched image of the tortured artist is well-worm territory. Many books, movies, television programs, and other media have explored, for instance, painter Vincent van Gogh’s mental distress or author Ernest Hemingway’s alcoholism. And although these stories and images of the “mad genius” continue to permeate throughout popular culture, the fact is that a great many creatives have, in fact, (and continue to) suffer from mental distress at a slightly higher lever than the average person.

As author Christopher Zara points out, in the 1980s, the Brown University professor Arnold Ludwig sought to answer the question of whether creative individuals “suffer from more types of mental difficulties and do so over longer periods of their lives than members of other professions.” Zara researched the lives of more than 1,000 “prominent men and women in various fields over a period of ten year,” and he published his results in his 1995 book, The Price of Greatness.

In his own book, Tortured Artists, Zara profiles dozens of famous people from Michael Jackson to Mozart and explores some of these artists most well-known mental disorders, substance abuse, and other vices. When discussing Mozart, for example, Zara points out that “According to the British Medical Journal, the psychiatric community has, over the years, ascribed to the composer no less than 27 distinct mental disorders.”

What’s more, artists and creatives from many eras do not escape Zara’s microscope. Highlighting contemporary artists such as Eric Clapton, Charles Shultz, and J.K. Rowling, Zara also takes a dive into history exploring the mental disorders of Sylvia Plath, H.G. Wells, and Maria Callas. And the latter is largely the work of another book, Touched with Fire: Manic Depressive Illness and the Artistic Treatment by Kay Redfield Jamison. Jamison, who is well-known for her work on mental disorders, also explores the lives of famous artists, musicians, and author and the role mental illness played in their lives.

“Mania, depression, mixed manic and depressive states, and suicide are described both from a clinical perspective and through the words and experiences of artists, musicians, and writes who have suffered from severe mood disorders,” Jamison writes. Echoing Zara, she goes on to say that: “Recent research strongly (my emphasis) suggests that, compared with the general population, writers and artists show a vastly disproportionate rate of manic-depressive or depressive illness.”

In other words, research backs up the idea that creatives may suffer from higher rates of mental illness than members of the general population, so the idea of the “mad genius” does have some truth to it. Finally, it’s important to remember, as Jamison suggests at the end of her book, that creatives seek out creative work as a possible means to turn the chaos into their lives into some form of stability. 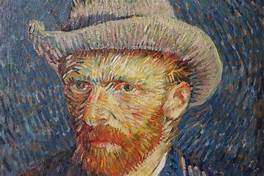