Thinking about Time: A Look at Time Perspective Theory (TPT)

For decades, law enforcement, psychologists, and other mental health professionals have attempted to understand the criminal mind – with some success and some limitations. Many theories and hypothesis abound regarding why someone decides to act in a criminal manner. Is a person born a criminal, or are they made by their environment? A social and economic forces to blame for creating criminals? And, if so, how much?

The spectrum spans from biological consequentialism (where the belief is that criminality is solely the outcome of genetics or biological forces) to social constructivism, or the idea that crime is a mere social construct. Representatives from both of these camps have been thrashing it out decade after decade, with ultimately uncertain outcomes. For now, the consensus is that criminal behavior is the product of both environmental, social, economic, biological, and, yes, psychological factors.

And with regard to the latter . . . author Stanton E. Samenow, Ph.D., explores the psychological factors in his book, “Inside the Criminal Mind.” One controversial area that Samenow tackles is the question: Does bad parenting turn children into criminals?

Samenow cites the fact that many offenders have siblings who grew up in identical environments, while one child may grow up to be an offender while the other does not. This remains telling, since these types of situations create unintended “controlled” environments from which to study this phenomenon. Moreover, according to Samenow, “The criminal . . . has been repeatedly exposed to socializing influences and has rejected them.”

“If you understand the criminal mind,” Samenow writes, “you comprehend that the seemingly purposeless crime has a purpose – to achieve a sense of sheer power, control, and excitement.”

In short, for Samenow, criminal rehabilitation isn’t really a roadmap to success. He argues that “…another reason for the poor track record of rehabilitation programs is that the criminal justice community and the community at large believe that the criminal has the same needs as most people, but [they] does not know how to fulfill them in a socially acceptable manner. They fail to understand that criminals think differently from responsible people.”

To conclude, and as noted above, for decades, law enforcement, psychologists, and other mental health professionals have attempted to understand the criminal mind – with some success and some limitations. Samenow’s work sheds some light on the issue, but he is hardly the only authority on the topic. Finally, in recent years, there has been growing interest in reforming the criminal justice system in the United States.

Attempting to understand the criminal mind may be a good first step. 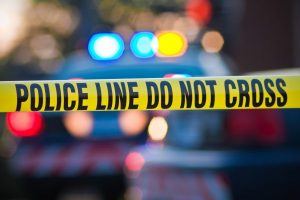