In the last few decades, superheroes have become increasing popular. From their comic-book origins back in the 1930’s and 1940’s to the current blockbuster movies successes of the Marvel Cinematic Universe (MCU), superheroes continue to capture the public’s imagination. And although the big-screen action may make for some interesting eye candy, only a few books and articles have to date explored the psychology of superheroes . . . in which consistent psychological traits can be identified.

In his 2016 book, “Captain American vs. Iron Man: Freedom, Security, and Psychology,” author Travis Langley explores the psychology of two of the most popular superheroes in recent years: Captain America and Iron Man. Of course, if those who are reading are fans of the MCU, those individuals may have seen 2016’s Captain America: Civil War, where Iron Man and Steve Rogers (Captain America’s alter ego), face off.

Langley sets up the conflict between the abovementioned heroes through the lens of the psychologist Eric Fromm, who wrote that “the basic human dilemma” is a clash between freedom and security, represented by Captain America and Iron Man.

Another interesting psychological area within the superhero narrative deals with ethics.

As Langley writes: “From his initial study of morality and moral development, [Lawrence] Kohlberg concluded that humans move through six main stages divided into three levels, each one named for the way it relates to conventional views on moral dilemma.” According to Langley, “The majority of the moral dilemmas made in Civil War are classified in the conventual and post-conventional levels [of morality].” In other words, the moral dilemmas wrap up in the movie are Stage 3: Good-boy morality, maintaining good relations and the approval of others, and Stage 4: Authority maintaining morality. Both Captain American and Iron Man are both acting in accordance with they think is the right choice, but both men are using different types of moral reasoning to arrive at their position.

In addition to morals, ethics, and personal values, other areas of psychological interest in superheroes deals with self-efficacy, prosocial behavior, projection, and muscularity narratives and gender expectations.

Finally, when looked at upon closer examination, superheroes, arguably, are a good place to find interesting psychological narratives and ideas at work. 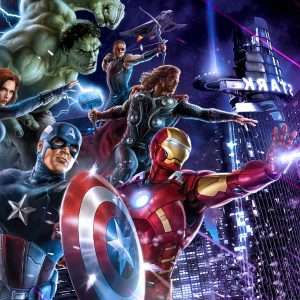