Healing Your Mind & Body: What is Somatic Therapy?

There has been a lot written and published about body language over the decades. And in that time, the topic has been treated in a pseudoscientific way, where some authors promise that you can “read” a person the way you would read a book. But in recent years, the quality of the research has improved, and the findings that have emerged has been interesting.

Author Scott Rouse, who published “Understanding Body Language” in 2020, takes the reader through some of the basics of reading body language. At first glance, admittedly, I have been skeptical of the concept of “reading” another person. It always seemed to belong in the realm of pseudoscience to me. But with you pause and think about it, the overall aim of reading body language deals with inferring information from cues presented by the other person.

So, the premise is sound.

According to Rouse, to begin, non-verbal cues, indicators, and microexpressions are all behaviors that individuals display.

“[I]t is important to understand human beings will act and react, from a limbic standpoint, similarly in most situations,” the author writes. “In other words, the limbic system – that’s the part of the brain that engages your ‘flight-or-fight’ response – will make everyone react the same way when stimulated. The limbic system does much more than serve as an emergency response, but this is the function we will focus our attention on.”

Moreover, according to the author, the human face has 43 muscles that control facial expressions.

“These 43 muscles,” Rouse writes, “can create over 10,000 different facial expressions! However, of the staggering number of expressions, only seven are recognized as being ‘universal,’” as Rouse writes. “Universal expressions include anger, joy, sadness, fear, surprise, contempt, and disgust.”

In other words, when a person’s limbic system is triggered at a basic level, predictable gestures are displayed regardless of cultural context. (Although displays and gestures in many cases are culturally defined.) This, in turn, may cause the individual to react in similar ways. Reading body language, then, is really the art of interpreting these signs and gestures and attempting to infer meaning from these signs.

Additionally, it’s important to remember that when interpreting body language, you are not “reading” a person per se, but, rather, you are taking in information based on a person’s gestures, cures, and microexpressions, which, more likely than not, may suggest the current mood of the individual. 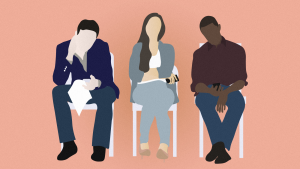