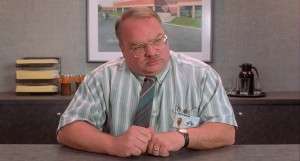 Whether dealing with co-workers, family members, friends or any other conceivable group of people, communicating well—or, having strong “people skills”—does seem to go a long way. Often times, interpersonal conflict arises when we fail to communicate properly, or so psychologist Robert Bolton would argue. Bolton, who published his seminal work in 1979, “People Skills: How to Assert Yourself, Listen to Others, and Resolve Conflicts,” used evidence-based techniques to help people better learn how to communicate with others.

According to Bolton, there remains several key skills that individuals can develop to become more effective communicators. They are:

• Listening Skills. Although it may seem obvious, not everyone is a good listener. One statistic, cited by Tom Butler-Bowdon, a popular psychology writer and author, is that “75 percent of oral communication is ignored, misunderstood, or quickly forgotten.” Indeed, with such a large amount of oral communication going “under the radar,” clearly problems remain likely. Moreover, Bolton explains that a difference remains between “listening” and “hearing.” To him, “[t]he act of listening therefore means more than just something physical, it is a psychological engagement [author’s emphasis] with another person.”

• Attending. This skill means “listening with body.” Being attentive with one’s posture, making eye contact and general body language show others that you are listening. The oft-cited statistic, “85 percent of human communication is non-verbal,” remains illustrative.

• Paraphrasing. Providing a brief, general summary of another person’s comments, too, signals to the other person that you are indeed listening. So, what is paraphrasing? According to Bolton, paraphrasing is “. . . a concise response to the speaker which states the essence of the other’s content in the listener’s own words.” In short, paraphrasing remains an approach to keep a conversation fluid and dynamic.

Another dimension of developing good communication and people skills is knowing how to be assertive without being aggressive. According to Bolton, there remains an important distinction between the “receiving aspect” and the “active aspect” of assertiveness. “We can stand our ground yet not be aggressive,” writes Butler-Bowdon. The key between an assertive response and an aggressive response lies in how the message is communicated.

What’s more, both Butler-Bowdon and Bolton make a critical distinction regarding conflict prevention in discourse: it’s important to focus on each party’s needs rather than on solutions. At first glance, this may seem strange, but, according to Bolton, seeing situations in terms of needs rather than solutions may provide opportunities to reach multiple solutions while meeting everyone’s needs. In other words, “we want situations where everyone wins.”

More importantly, however, because so many professional and social and romantic situations stand or fall on good communication, it remains vital to learn skills that will only enhance successful relationships. Make no mistake: saying “I’m not a ‘people person’,” is not persuasive according to the Boltonian approach. Rather, these skills are learnable: they take time and practice to master, but, once learned, they remain powerful tools that can be used in many contexts.

Good communicators are not born. They are made.