The human brain is quite a thing.

The first, conditioned learning, is really – to put it simply – learning by association. This is the type of learning that the Russian psychologist Pavlov became famous for when he conditioned dogs to salivate when they learned to associate the sound of a bell with food. Next, perceptual experience is, as authors Christopher Sterling and Daniel Frings explain, knowing the differences between two musical notes or intervals. Finally, skills and procedures are as, again, Sterling and Frings note, the memory used when you are learning to drive a car.

And although this is only scratching the surface of how memory works, memories are not always accurate. The psychologist Elizabeth Loftus made her name in the field by studying and exploring “false memories.”

So, as it turns out, is our memory so remarkable after all, as suggested in the beginning of this article?

Loftus became vilified throughout her career because, well, she suggested that our memories may not be as good as we think. This was mainly because she took the unpopular position of questioning alleged victims of childhood trauma, rapists and the like because she showed that – although someone may not be outright lying – they may be reconstructing a false memory of an event.

Finally, as interesting is how memory works, it remains important that human memory is not a foolproof tool to recall the past with 100% accuracy. As noted above, memories can change, but – regardless – more research may be needed to help unlock this amazing capacity. 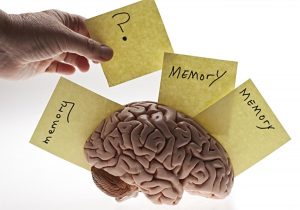