The first wave of psychedelic drug research started to occur in the 1950s and 1960s. At first, Pollen tells the reader, drugs like Lysergic acid diethylamide (LSD) and chemical compounds such as psilocybin (the psychoactive chemical compound found in magic mushrooms) were celebrated. In fact, LSD was first synthesized in a lab in 1938 by Albert Hoffman. By the late 1950s, these new drugs held a lot of promise. In 1957, for example, Pollen reports that Life magazine even published a fairly upbeat article about the potential of magic mushrooms.

But then came Timothy Leary, the psychedelic evangelist and Harvard professor who helped bring psychedelics to the mainstream in the 1960s. By 1965, LSD became illegal in the United States and decades-long moral panic ensued. Medical and scientific research into these drugs were all but abandoned until the 1990s.

“Today, after several decades of suppression and neglect, psychedelics are having a renaissance,” Pollen writes. “A new generation of scientists, many of them inspired by their own personal experience of the compounds, are testing their potential to heal mental illnesses such as depression, anxiety, trauma, and addiction.”

But LSD and mushrooms are schedule 1 drugs, meaning that “the government regards [these drugs] as a drug of abuse with no accepted medical use,” Pollen writes. But the government’s position needs to be reexamined, as these drugs offer promise to those suffering from a wide range or medical problems. “It is virtually impossible to die from an overdose of LSD or psilocybin,” Pollan writes, “and neither drug is addictive.”

And although the term “psychedelic” was coined in 1956, different cultures have been using chemical compounds for spiritual and religious purposes for thousands of years. In the United States, for example, many Native American tribes have used peyote as part of their spiritual practices. But, as Pollen points out, North American natives are far from the only culture to do this. In Mexico, for instance, psilocybin has “been used by the indigenous peoples of Mexico and Central America for hundreds of years as a sacrament.”

To conclude, Pollan’s book and other media such as recent documentaries are beginning to bring the use of psychedelics back into the mainstream. Although these drugs are still illegal in the United States, there seems to be a new generation of scientists and medical researchers – as well as enthusiasts – who would like to a responsible psychedelic renaissance. 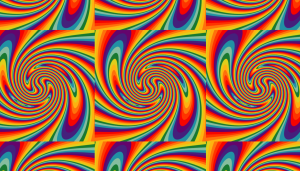