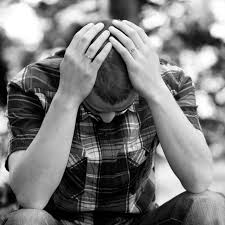 Born in 1921 in Providence, Rhode Island, Aaron Beck would go on to develop one of the most effective approaches to treating depression. Depression is a mental health condition which, according to the Centers for Disease Control and Prevention (CDC), “ . . . is one of the leading causes of disease or injury worldwide for both men and women.” It is characterized by prolong feelings of sadness, and depression is a major risk factor for self-injury such as suicide. Beck was one of the first individuals in modern psychology to develop an effective approach to treating the mental health disorder.

“Beck’s crucial insight was that patients who are depressed view many of their circumstances in an unrealistically negative light,” writes author Jeremy Stangroom. “[A]nd that [depression] is the constant repetition of negative thoughts that keeps painful emotions and problematic behaviors in place.”

As Stangroom puts it: “[Beck’s] cognitive triad specifies three types of negative thoughts that are common in depression:

thoughts about the self,

thoughts about the world, and

People suffering from depression often see themselves as useless or hopeless, and view the world as unfriendly, hostile, and alien, confronting them with insurmountable barriers and obstacles.”

When a therapist uses cognitive therapy as a treatment for a patient’s depression, the therapist may first begin by having the patient to identify negative thoughts and beliefs. Later psychologists in the field such as Albert Ellis would call these “irrational beliefs.” Such beliefs may include thinking, “Everyone has to like me,” or “I can not escape my past,” or just general unpleasant anxiety about un-yet occurred events in the future.

“Cognitive therapy aims to challenge these sorts of negative thoughts and cognitive biases,” writes Stangroom. “With the help of a therapist, clients become aware how to subject their judgments to reality testing. In this way, the hope is they will come to see just how inappropriately negative their thoughts actually are.”

Again, depression is a serious mental health disorder that may cause sickness and even death. According to the CDC, “. . . the economic burden of depression, including workplace costs, direct costs and suicide- related costs, was estimated to be $210.5 billion in 2010.” So, prolonged feelings of depression should not be taken lightly.