Singer Robert Palmer’s 1986 megahit “Addicted to Love” – along with its memorable music video – has become a cultural stable in the United States since its release. Few people may not know, however, that being addicted to love, or, more accurately, being addicted to sex, is a real problem that remains problematic for some individuals.

A few years before Palmer’s hit song was release, psychologist Patrick Carnes, Ph.D., had already published the first edition of his book “Out of the Shadows: Understanding Sexual Addiction.” This was the early 1980s, before the internet and the widespread use of personal computers and cell phones. Although some of the content of “Out of the Shadows” appears to be dated – even after a new edition came out in 2001 – the main thrust of Carnes’ analysis remains relevant.

“Because our sexuality is one of our most fundamental life processes,” Carnes writes, “sexual compulsiveness is extremely threatening to all of us.”

“If you do not trust people, one thing is true about sex—and alcohol, food, gambling, and risk—is that it always does what it promises—for the moment,” Carnes writes.

The addict, Carnes says, will routinely move through these four phases over and over again. The addict may find him- or herself in an “obsessive trance.” What’s more, “the cycle becomes self-perpetuating” after a time.

Finally, Level Three behaviors are often the most severe, not socially acceptable, and are illicit. These behaviors include incest and rape.
According to Carnes, most sexual addictions occur at Levels One or Two. Also, “[s]exual compulsiveness exists for women on each level of the addiction.” Although this data might be old, Carnes sites that 40 percent of the most extreme cybersex users are women, indicating that, although more men are subject to sexual compulsiveness, a significant number of women are, too.

To conclude, sexual addiction has all of the hallmarks of a true addiction, much like being addicted to food, gambling, drugs, or alcohol does. Treatment interventions such as 12-Step Programs, talk therapy, and even medication may exist for the addict. Finally, shining a light on the problem is the first step to battling an addiction. 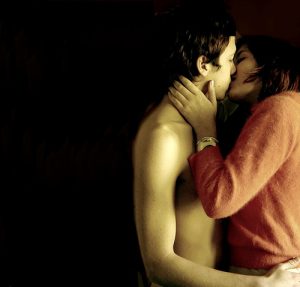