Alcoholism is a disorder that impacts the lives of millions of people in the United States and throughout the rest of the world. Regrettably, while much focus is placed upon the alcoholic, and the recovery of the alcoholic, there remains some collateral damage: the children and families affected by the alcoholic’s behavior.

In her classic New York Times Bestseller, “Adult Children of Alcoholics,” Dr. Janet Geringer Woititiz, Ed.D., explores how children of alcoholics may grow up with many challenges ahead of them socially, emotionally, and psychologically.

According to Dr. Geringer Woititiz, adult children of alcoholics may have some (or all) of the following characteristics. Adult children of alcoholics may:
• Guess at what normal behavior is.
• Have difficulty following a project through from beginning to end.
• May lie when it’s easier to tell the truth.
• May take themselves very seriously.
• May over-react to changes over which they have no control.

Organizations like “Alcoholics Anonymous” (A.A.) and Al-Anon (which helps family members and friends of alcoholics) will often characterize alcoholism as a “disease,” and, in a sense, it is. Alcoholism remains an addiction that will negatively impact – not only the alcoholic – but the people who are surrounded by him or her. Arguably, the alcoholic not only harms him or herself, but they also harm the people closest to the alcoholic: family members such as spouses and children who may live with the addict.

Which is what Dr. Geringer Woititiz’s book focuses on.

As someone who grew up with an alcoholic parent – in this case my father – I can anecdotally testify to the truth of Dr. Geringer Woititiz’s book. Adult children of alcoholics often will be exposed to problems that will take years to unfold, and will only germinate later on in adulthood. Part of the not-asked-for, unvolunteered for responsibility of an adult child of an alcoholic is to identify problematic behaviors of their own, and implement interventions that may help correct for those problems, sometimes many years after the exposure of the alcoholic has occurred.

Alas, sometimes, however, it is either too little too late, or the adult child of an alcoholic may not even be aware that he or she has been carrying years of baggage that needs addressing.

To conclude, adult children of alcoholics may face uphill battles dealing with interpersonal relationships, employment, or even education. Adult children of alcoholics may also face years of dealing with the problematic after-effects of living with an alcoholic – perhaps many years later. Later, alcoholism remains a serious addiction disorder that can, in some cases, be overcome with the proper interventions such as talk therapy, group therapy, or even medication. 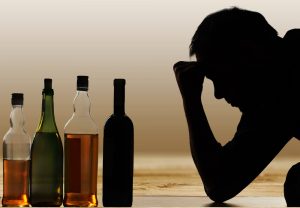