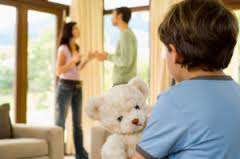 My father is an alcoholic.

Although I could acknowledge this now, it was something my sister and I were not allowed to discuss it when we were kids. Because I had an alcoholic parent, the odds that I, too, would become an alcoholic would be much higher than the average person. I’ve spend most of my adult life up to now wrestling with this idea.

One of my therapists once described dad as a “textbook alcoholic”—a person who is verbally and sometimes physically abusive, emotionally cut-off, selfish, and—oh yeah—he never stopped abusing alcohol. More scientifically, according to the Diagnostic and Statistical Manual for Mental Disorders 5 (DSM 5)—a manual used by clinicians, social workers, therapists, psychologists and others to identify and diagnose disorders—alcoholism is defined as, “. . . a maladaptive pattern of alcohol abuse leading to clinically significant impairment or distress . . . .”

Growing up in Northeastern Pennsylvania, the memory of my old life is peppered with incidents of explosive conflict and sudden disappearances. The cycle went something like this: Dad would often abuse booze, remain in denial, then, when things got bad enough, he would go to detox and some 30-day inpatient rehab facility. He then would remain sober for a few months, perhaps up to a year or so, but then he would start drinking, and the process would begin anew.

It went on like this for my entire childhood.

Adult Children of Alcoholics, generally speaking, possess a host of common traits. According to adultchildren.org, some of these traits include:

• Isolation and fear of people and authority figures

• Seek approval and loose self-identity in the process

• An overdeveloped sense of responsibility

This is no means all of the traits listed, but these remain some of the more illustrative ones. I noticed that once I made my way in to adulthood, I developed some of these traits, which has become a lifelong process to overcome. And yet, if you are an Adult Child of an Alcoholic, it is not absolutely certain that you will repeat the mistakes of your parent or parents. Famously, U.S. Presidents Bill Clinton and Ronald Regan both had fathers who were alcoholics, for example. And both men overcame these early handicaps to achieve unprecedented success in their lives.

Alcoholism is a complex problem with inputs from several areas, including genetic, environmental, emotional and psychological areas. Because of the increased risk of alcoholism, Adult Children of Alcoholics will sometimes avoid alcohol completely, choosing to become lifelong teetotalers, or they may spiral downward to repeat the same mistakes as their alcoholic parent. I’ve always become, what I call, an “accommodationist”—someone who does not avoid alcohol totally but will always approach drinking with caution and suspicion. As I developed in to young adulthood, I have placed even more emphasis on the latter. Unfortunately, unlike Muslim cultures, for instance, alcohol is part of America’s social milieu, as it remains difficult to avoid. From sporting events to after-work socials, alcohol remains ubiquitous in our culture.

I have not seen or spoken to my father in years.

His alcoholism eventually drove me, my mother and my sister away, and my parents divorced a decade ago, when I was an undergraduate student in college. Two years ago, however, I received a call and was told that dad was admitted in to the emergency room at a nearby hospital. Although our relationship has been strained, I rushed to the emergency room with my sister to see what was going on, as we were told the situation was dire. When we arrived at the Intensive Care Unit (ICU), my father was tied to the bed and was sedated. Then nurses told us that he arrived bleeding and drunk and was violent, so the hospital staff had to sedate him.

As I stood over his bed, I thought, “This is my choice. I could become like this, lying sedated—drunk—in a hospital bed, or I can choose to lead a better life, a life enhanced by better choices.” I still don’t know the circumstances of his hospital admittance, but the event remains a potent memory.

I left the hospital that day unsure of what would happen to my father. I last heard that he lives alone and still drinks heavily. Although I have never abused alcohol, I recognize that I still have a lifetime of work ahead of me, a lifetime of effort to deal with the sad legacy of my father’s substance abuse.