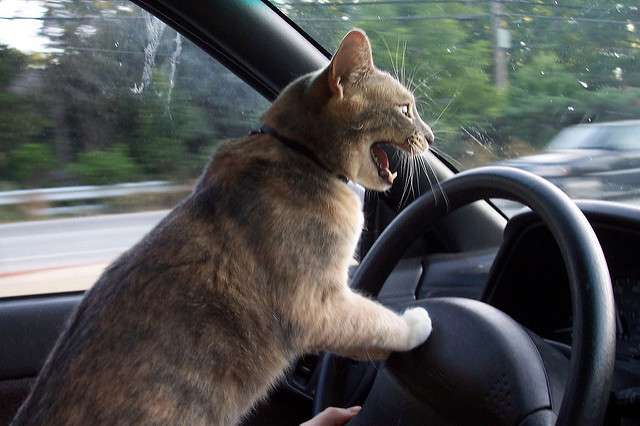 The Just World Belief (JWB) is a psychological concept that asserts that people basically “get what they deserve and deserve what they get.” Years of research into this cognitive construct have revealed some interesting insights. For instance, individuals who endorse the JWB, according to numerous studies, are likely to be:

• Have higher ambitions and goals

But the picture isn’t all rosy.

According to Miguel R. Ramos and colleagues, who published a 2014 study in the journal Self and Identity, also found that believing in a just world can cause problems for a person’s self-esteem if that idea comes under threat. There appear to be pros and cons to endorsing this cognitive construct.

One interesting aspect of the JWB is how it relates to aggressive driving, and recent news stories indicate that road rage is quite real, and quite dangerous.

In 2012, researchers published a study in the journal, Aggressive Behavior, where the designed and carried out a series of experiments that tested the role of the JWB in aggressive driving. The researchers cited information from the American Automobile Association that estimated “56 percent of accidents involved aggressive driving.”

“As expected, there were several significant correlations between reported belief in a just world scores and the general anger experience and expression scales,” the researchers wrote. The second and third study that the researchers conducted and reported in the 2012 article in Aggressive Behavior, tested other aspects of the JWB and driving, such as asking participants (a different sample this time) to imagine “a scenario where they were being tailed gated, which in the past has triggered self-reported driving anger by participants.” In all of the studies, the researchers hypothesizes were supported.

“These findings suggest that the JWB may serve as a guide how participants interpret provoking stimuli and react within driving situations,” the researchers wrote. They continued: “It is important to note that the hypothesis that JWB serves are a buffer to the experience of anger was not supported. This is a somewhat surprising finding.”

Although the extent to which these findings may be generalized to the entire population may be called into question, the experiments conducted by researchers in this case reveal some interesting results. Indeed, as demonstrated,

belief in a just world may yield some positive mental health outcomes (as noted above), but adhering to JWB in the context of driving may not produce positive outcomes.

Finally, it appears that when a person’s belief in a just world is violated (like in a driving situation) anger may be expressed more easily.

World? The Psychological Costs of Threats to the Belief in a Just World and the Role of Attributions. Self and Identity, 13(3), 257 – 273.