Some argue it was in 1996 – the year Purdue Pharma released OxyContin; a powerful pharmaceutical painkiller that has undoubtedly helped fuel the nation’s opioid epidemic. By 2017, however, just three years ago, the opioid epidemic was making daily national headlines, and state, local, and the federal government began setting up task forces and committees to finally attempt to get a grip on the problem.

But serious progress toward slowing the spread of opioid addiction has not happened.

In early 2020, deaths from opioids were already climbing, but once the COVID-19 pandemic hit, opioid overdoses – as well as other forms of substance abuse – have increased.

It seems that social distancing practices may be helpful with slowing the spread of the coronavirus, but being isolated may take a psychological and emotional toll, which has been impacting may people.

In 2008, for instance, “[d]rug overdoses were killing more people every year than car accidents,” writes author Sam Quinones. Auto fatalities had been the leading cause of accidental death for decades until this. Now most of the fatal overdoses were from opiates: prescription painkillers or heroin.”

According to the author, “[t]he epidemic involved more users and far more death than the crack plague of the 1990s, or the heroin plague in the 1970s; but it was happing quietly. Kinds were dying in the Rust Belt of Ohio and the Bible Belt of Tennessee.”

For those who don’t know, opiates take several forms, including prescription painkillers that are abused and sold on the street as well as illicit “Black Tar” heroin, which is usually pushed by street gangs. Generally speaking, opioids have become easy to produce and easy to sell. The going rate for illicit prescription opiates on the street is about one dollar per gram. Easy access and a ready supply have helped spread the opioid epidemic far and wide.

Also, “[t]he story of the opium poppy is as almost as old as man,” writes Quinones. Indeed, archeological evidence of the use of the opium poppy has been found throughout some of the world’s oldest civilizations: Mesopotamia, Assyria, Sumer, Egypt, and in ancient Greece. In 1853, a doctor named Alexander Wood invented the hypodermic needle. This historical background and new delivery methods such as the hypodermic needle helped to set that stage for an opioid epidemic in the early part of the 21st Century.

As the COVID-19 pandemic rages on throughout the rest of 2020 and likely into 2021, opiate overdoses will likely continues to climb as well. 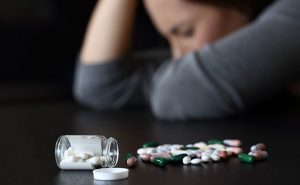