Professional Practice in the Digital Age: E-mail as a means of Therapist-Client Communication 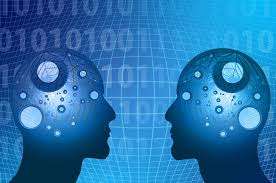 The concept of I.Q., or “intelligence quotient,” as it is formally called, has been around for about 100 years, but in the that time, debates have raged over how to measure it, different types of intelligence, and the extent to which it is influenced by genes and the environment. Once I.Q. testing began to take hold in the early 20th century, some co-opted it for their own nefarious purposes when the eugenics movement spring up in the United States and elsewhere. Later, in the 1990s, the so-called “bell curve wars” emerged—debates over whether groups in society were prone to lower I.Q.s (these debates, in a way, reflected their earlier eugenics counterparts). Now in the post-Human Genome Project era, the role of innate ability, genetics, and the environment have come into sharper focus and have shed new light on a topic that is as insightful as it is controversial.

I.Q. and the “Threshold Effect”

Once the human genome was mapped in the early 2000s, it set off a wave of excitement and anticipation over what secrets lie hidden within our DNA about intelligence, disease, and the like. That said, however, in the past decade only a few clear answers have emerged about intelligence. Although there still remains areas of debate, one thing that has become clear is that it remains both the environment and our genes that play a role in shaping intelligence.

In his book, “Outliers,” Malcolm Gladwell dedicates two chapters exploring “the trouble with geniuses” and why some people like Albert Einstein have remarkable intelligences. Einstein’s I.Q., according to Gladwell, was 150. The average person’s I.Q. is about a 100. There are some people, though, like a man named Chris Langan (a man who Gladwell spends a considerable amount of time discussing in his book), who has an I.Q. of 195.

One hundred and ninety five.

With an I.Q. that is literally off the charts, Langan may perhaps be the smartest man in the world, and yet, as Gladwell points out, Langan is no Einstein. That is because I.Q. is subject to a phenomenon called the “threshold effect.” This is the idea that the difference between an I.Q. of 150 and 195 is negligible because both men, Langan and Einstein are “smart enough.” Gladwell asks: Which man is smarter, Langan or Einstein? He answers this question by pointing out that once a certain I.Q. is reached, which is about an I.Q. of 120, having higher I.Q. points does not necessarily improve one’s lot in life. The difference between a person with an I.Q. of 100 and a person with an I.Q. of 120 does matter, according to Gladwell, because the person with the I.Q. of 100 has not his the critical threshold of 120.

I.Q. and the Environment (a return to nature vs. nurture)

Where does I.Q. come from?

Although to answer that question directly lies outside the scope of this article, some things for sure may be discerned about how individuals end up with the I.Q. that they have. For one thing, according to Matt Ridley in his book, “Genome,” “not only does I.Q. change with age but so does its heritability.” Ridley writes:

As you grow up and accumulate experiences, the influence of your genes increases . . . the heritability of childhood I.Q. is about 45 percent, whereas in late adolescence it rises to 75 percent. As you grow up, you gradually express your own innate intelligence and leave behind the influences stamped on you by others. You select environments that suit your innate tendencies, rather than adjusting your innate tendencies to the environment.

In this way, it is both your genes and the environment that shape your intelligence, but, to paraphrase Ridley, as you age you express your own I.Q. and less of the I.Q. you may inherit.

Although the debate over I.Q. continues, some things about intelligence have become clear. As pointed out, I.Q. remains subject to a threshold effect, in that, after a certain point, around an I.Q. of 120, one’s intelligence no long can predict one’s success in life. Another interesting point is that, as you age, the heritability of your I.Q. drops as you express your own innate intelligence. The latter fact may lend credence to the idea that environment does play a role in your shaping your intelligence—so your “DNA is not your destiny.” Finally, I.Q. remains a challenge because scientists are still teasing out the details over exactly what intelligence is, how it is measured, and how it is acquired.

Ridley, M. (1999). Genome: The autobiography of a species in 23 chapters. New York: HarperCollins.