Although American culture doesn’t necessarily treat alcohol like a drug, it, in fact, is.

And there are times when it may remain a good idea to shine light on alcohol as a drug, and – appropriately – April is Alcohol Awareness Month.

According to the Centers for Disease Control and Prevention (CDC), excess alcohol abuse can lead to serious health problems . . . not to mention the psychological and emotional toll alcohol abuse takes. Defined as drinking 5 or more drinks on an occasion for men or 4 or more drinks on an occasion for women, binge drinking – according to the CDC – can lead to liver problems, violence, injury, or even cancer. Binge drinking, in short, is a behavior that can cause serious personal and societal harm.

Northeastern Pennsylvania has a high incidence of binge drinking.

A May 2013 survey found that “Monroe County ranked second statewide with 26 percent of the adult population identified as excessive drinkers. Lackawanna was fourth at 23 percent, followed by Wyoming at 7 and Susquehanna at 8 with 21 percent.”

Zooming out, the CDC has found that U.S. adults consume a total of 17 billion binge drinks annually, so – although the rates for binge drinking in Northeastern Pennsylvania remain high – the binge drinking rate remains high across the United States, which is why shedding light on the problem of binge drinking during Alcohol Awareness Month is noteworthy.

If you or someone you know is suffering from alcohol abuse, contact a credentialed professional immediately. 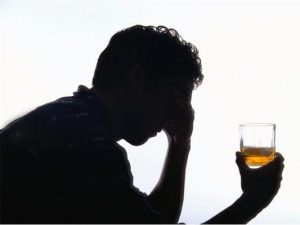