4 Things to Do while Social Distancing

What Your Posture Says About You

Of course, by now, most of us in the United States and across the world have been impacted by the effects of COVID-19, if not by becoming sick or knowing someone who is sick, then by being placed under an order not to leave your house.

And judging by the response on social media, some people are handling social distancing well, and others, not so much. Before tackling the main topic, it is worth pointing out that it may say something about human nature . . . that why is being alone so difficult? Some people are, of course, natural introverts and prefer solitude. But evolving as a social species, humans tend to be drawn to one another, which is perhaps why it is so difficult to stay distant.

Many great thinkers and philosophers have attempted to tackle the subject of solitude.

In his book, “Solitude: A Return to the Self,” late author Anthony Storr explored the psychological dimensions of solitude. According to the author, western cultures idealize interpersonal relationships, but Storr acknowledges that “[l]ove and friendship are, of course, and important part of what makes life worthwhile.”

Nevertheless, solitary people do not need to be unhappy. There may be a qualitative different between being alone and being lonely. The former, which is what Storr explores in his book, focuses on reflection, meditation, and self-development through solitude. The latter, however, is a state of psychological deprivation. And there is a tension between these two states.

“Two opposing drives operate throughout life,” the author notes, “the drive for companionship, love, and everything else which brings us close[r] [together]; and the drive toward being independent, separate, and autonomous.”

This tension may be on full display during the CORVID-19 pandemic: the tension between being independent and the need for companionship.

Famous authors, thinkers, and creatives throughout western history were known for their solitude. Author Henry David Thoreau, for example, who was part of America’s first intellectual movement, lived in a cabin along the shores of a small pond for two years in Concord, MA. Thoreau later published his reflections in his book, “Walden,” which is considered to be a classic of American literature. Also, as Storr points out, the Buddha, Freud, and the Russian author Dostoyevsky all enjoyed their solitude.

Being alone appears, then, to be a philosophical quest into one’s self. Now, that most of us are being forced into solitude, it may be the right time to look within a question what we value. As Storr puts it: “Removing oneself voluntarily from one’s habitual environment promotes self-understanding and contact with those inner depths of being which elude one in the hurly-burly of day-to day life.” 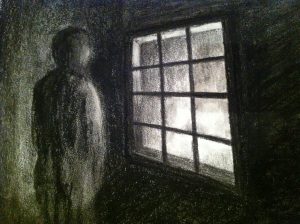