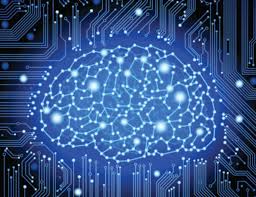 As the school year kicks off, it may be worth taking a moment to ask yourself a simple question: Do believe intelligence is flexible or fixed? The way you answer that question could actually influence your learning success, according to a study published by a group of researchers.

The study, titled, “Why Do Beliefs about Intelligence Influence Learning Success? A Social Cognitive Model,” used an interdisciplinary approach involving neuroscience, sociology, and psychology to determine why a person’s belief about intelligence (whether it is fixed of flexible) can impact their learning success.
“Previous behavioral studies have shown that students who believe that intelligence is a fixed quantity . . . are particularly vulnerable to decreased performance when they realize they are at risk of failing,” writes the study’s main author, Jennifer A. Mangels. “Whereas students who view intelligence as acquirable appear better able to remain effective learners.

This research remains important because it sheds light on how a person’s self-beliefs can have a real world impact on a their academic performance.

“Entity theorists” believe intelligence is basically set. What is more, as pointed out by the study, entity theorists “ . . . tend to be more concerned with besting others in order to prove their intelligence, leaving them highly vulnerable to negative feedback.” “Incremental theorists,” on the other, “ . . . are more likely to endorse the goal of increasing ability through effort and are more likely to gravitate toward tasks that offer real challenges.” Both of these outlooks fall into a general theory of intelligence or “TOI.”

In order to investigate why and how beliefs about intelligence impact academic performance, Mangels relied on brain scans to identify illuminated regions of the brain that are activated during difference processes.

In the end, as noted by the author, “[t]he findings from the present study are consistent with the view that entity and incremental theorists differ in how they appraise performance-relevant information.” She continues: “To the extent that entity theorists may have viewed negative feedback as a threat to self-preceptions about ability, rather than as a challenge to improve, they may have engaged less effort in ‘deep’ semantic processing . . . ultimately compromising their ability to correct as many errors on the subsequent retest.”

A larger point may be summed up as follows: “Academic success is influenced not only by actual ability, but also by the beliefs and goals individuals bring to an achievement situation.” In other words, this research remains encouraging because it may give students who struggle academically a chance to rebound. Moreover, although the case may not be closed on whether ability can be changed or not, it does appear that one’s beliefs about their ability can change, and that remains an encouraging and insightful fact.