One therapy that has emerged in recent years has been “mindfulness-based cognitive therapy” (MBCT), which aims to combine the key elements of mindfulness practice and cognitive therapy, as the name suggests. This type of therapy is becoming more widely used, and it has applications to treat disorders such as bipolar disorder to obsessive-compulsive disorder (OCD) as well as other disorders.

One study published in 2017 in the Journal of Alternative and Complementary Medicine, which sought to look into how MBCT effects bipolar disorder, reported that 54.9% of study participants practiced “formal” MBCT, which includes body scan, sitting meditation, mindful walking, or movements, and these participants experienced moderate improvement of their condition.

“Regular home practice is postulated as a key element to MBCT effectiveness,” the researchers write. “Preliminary data support [MBCT] feasibility and effectiveness in terms of improved quality of life immediately after the intervention, but the program warrants further development and testing.”

Additionally, the researchers report that other research has found that MBCT has helped individuals reduce levels of anxiety.
Other researchers have also looked at how MBCT may impact individuals suffering from obsessive-compulsive disorder, which affects an estimated 1 – 3% of the population.

According to researchers: “Mindfulness is defined as ‘paying attention in certain a way: on purpose, in the present moment and non‐judgmentally’ Mindfulness‐based interventions emphasize the formal practice of mindfulness meditation to enhance attentional skills and to develop a nonjudgmental and self‐compassionate attitude.”

“The skills taught in MBCT, including the ability to disengage from cognitive routines and acceptance of one’s internal experience, may also be valuable in the treatment of anxiety and OCD in particular, as individuals with these disorders often describe getting “stuck” in repetitive thoughts and consequent rituals,” the researchers write. “Indeed, there is a preliminary evidence that mindfulness meditation‐based interventions are associated with decreased anxiety symptoms in a range of clinical populations.”

In summary, although more research is needed to determine more about how exactly MBCT works in abating these disorders, the initial evidence appears encouraging. MBCT can be practiced formally and informally, and this facts makes it appealing for those interested in a low-cost treatment that may help reduce symptoms of anxiety, OCD, or bipolar disorder. 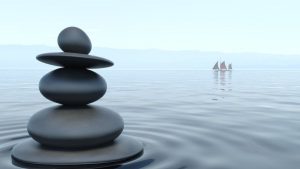 Weber, B., et al. (2017). Self-Reported Long-Term Beneﬁts of Mindfulness-Based Cognitive Therapy in Patients with Bipolar Disorder. THE JOURNAL OF ALTERNATIVE AND COMPLEMENTARY MEDICINE, (23)7.