How to Create Good Habits

It is unfortunately very common for some individuals to overrate their abilities in a given area. While some may call this “overconfidence,” this phenomenon has been recognized by psychology: It is called the “Dunning-Kruger Effect,” named after the two researchers who first identified it.

“A widely studied phenomenon in social psychology holds that individuals with low levels of competence will judge themselves to be more competent than they really are, while those with high levels of competence will underestimate their excellence,” writes Ian G. Ansen, a researcher from the University of Maryland who published a paper on the Dunning-Kruger Effect. “This so-called ‘Dunning-Kruger effect’ is composed of several interrelated phenomena thought to occur because individuals vary in their awareness of ‘known unknowns’ (concepts, skills, or experiences that one is aware of but which have not yet been mastered) relative to ‘unknown unknowns’ (which fall outside of an individual’s cognizance).”

Individuals who appear to exhibit the Dunning-Kruger Effect pop up in many areas, such as in sports, the arts, and even in politics. With regard to the latter, Anson writes: “Overconﬁdent citizens may become emboldened, making strong political assertions in their social networks and resisting persuasive counterarguments.” He continues: “Despite these potentially important consequences, modern political scientists have only occasionally examined the subjects of political over and under-conﬁdence and have never engaged in a direct test of the Dunning-Kruger effect.” Finally, Anson found: “[Individuals] also show that individuals with moderately low political expertise rate themselves as increasingly politically knowledgeable when partisan identities are made salient.”

Having decent judgement matters when it comes to judging one’s own performance in a given area. In the arts and in music, for example, individuals who exhibit the Dunning-Kruger Effect when they area judging the quality of their own work. Put simply, their work many not be good, but those individuals may rate it unusually better than average.

But it doesn’t end there.

“Dunning-Kruger” individuals may not be good at rating their peer’s work, either.

“This ‘double burden of incompetence’ means that low-performing individuals often overestimate their own objective performance. A second and related aspect of the Dunning-Kruger effect is that these low achievers will be less capable of rating and comparing peers’ performances,” writes Anson.

What the Dunning-Kruger Effect teaches us is that we may not be very good at objectively judging ourselves. While some people over judge their own performances and competencies, other, far more competent people, under judge themselves, too. As explored above, this remains true in the area of politics, the arts, or in athletics. Finally, the next time you come across someone who appears to speak highly of his or her own abilities, yet does not seem capable of performing at the level they claim, perhaps it is because they have fallen victim to the Dunning-Kruger Effect. 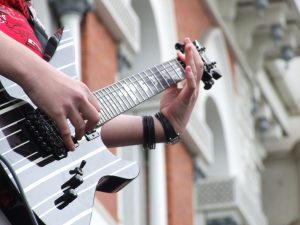