The Emerging Science of ‘Nutrition Psychiatry’: How Food Can Change How You Feel

Most people don’t realize it, but caffeine is a drug.

That doesn’t mean to say that consuming caffeine is bad. On the contrary, there are many positive effects from having your coffee or tea in the morning. Some detractors (a small number to be sure) have argued that coffee should be eliminated from our diets entirely.

I don’t take this position, and neither does Michael Pollen, author of the new book, “This is Your Mind on Plants.” I’ve always been an admirer of Pollen and his books, which always tends to tie-in fundamental aspects of nature as well as how humans and nature interact in various ways. For years, in the 2000s and 2010s, he made his name writing about food, but recently, he has turned his attention to psychedelics and how plants can chance human consciousness.

Although it’s not thought of in this way, caffeine is one substance that does alter human conscienceless – although it’s been so socially accepted that it’s not thought of that way. In fact, as Pollen points out, “Caffeine Withdrawal” is included in the DSM-5, or, the Diagnostic and Statistical Manuel for Mental Disorders, “the bible of psychiatric diagnoses,” as Pollen puts it. Moreover, caffeine is so popular, that roughly 90 percent of humans ingest it regularly, mostly through delivery systems such as coffee and tea.

All of that being said, one may wonder aloud, “Yes, but caffeine is a drug?”

When coffee in particular burst on to the scene in the West in the 1600s, it became an instance hit, particularly with the intelligentsia. Coffeehouses, which were already popular in the Arab world (particularly in places like Turkey), caught on in Colonial America and in Europe. As Pollen describes, the French writer Honored de Balzac, for example, guzzled coffee by the gallons while producing his novels.

“Herbal teas – which are barely, if at all, psychoactive – lack coffee and tea’s power to organize the day into rhythm of energetic peaks and valleys . . .” Pollan also writes, somewhat sarcastically: “What work for genius has ever been composed of chamomile?”

Memory, focus, alertness, vigilance, attention, and learning – these are just some of the mental effects that caffeine enhances. “Tests of psychomotor abilities also suggest that caffeine gives us an edge,” Pollen writes. “In simulated driving exercises, caffeine improves performance, especially when the subject is tired.”

Although some caffeine objectors may point out that caffeine can also cause anxiety, which is true. But if one accepts the broad definition of a drug as being any substance that alters human biochemistry in some way, caffeine certainly fits the bill. The only difference between, say, caffeine and cannabis, is the culture, legal status, and attitude surrounding it. 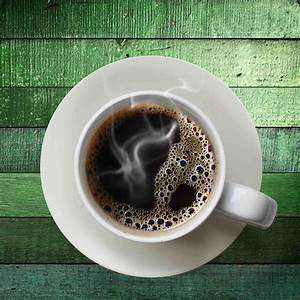