October 23 – 31 has been designated “Drug-Free America,” or, “Red Ribbon Week.” In recent years, this has taken on a special significance, since the United States has been in the midst of an opioid epidemic, which has been gaining attention nationally in the past two years.

In his book, “Dream Land,” author Sam Quinones has chronicled the origins of America’s opioid crisis. According to Quinones, opiate prescription painkillers, such as OxyContin, as well as illicit drugs such as “black tar” heroin, have driven a drug epidemic not seen before. “Drug overdoses were killing more people every year that car accidents,” Quinones writes. “Auto fatalities had been the leading cause of accidental death for decades until this. Now most of the fatal overdoses were from opiates: prescription painkillers or heroin.”

Interestingly, the recent drug epidemic has taken on different dimensions than previous drug problems in the past. “This epidemic involved more users and far more death than the crack plague of the 1990s, or the heroin plague of the 1970s,” Quinones writes. “[B]ut it was happening quietly. Kids were dying in the Rust Belt of Ohio and the Bible Belt of Tennessee.” Also, where many individuals perceive crime and drug abuse as connected, the current opioid epidemic has been taking place in a period of low crime.

That said, however, illicit drug use and abuse is nothing new.

Humans have been using opium poppy for centuries, going back to Mesopotamia cultures, and modern heroin was concocted in 1898, when the company Bayer invented “diacetylmorphine,” which they named heroin. Since then, different drugs have taken on different significance in the United States. There was the “refer madness” scares of the 1920s, the first-wave heroin epidemic of the 1970s, the crack cocaine bout in the 1980s and 1990s, and now the United States is facing a new opioid epidemic.

Another new dimension of the current drug epidemic is that many individuals who end up abusing opiates can get their first taste of these drugs through legitimate means: Many individuals who become addicted from proscribed drugs for pain. As noted by Quinones, “OxyContin,” for example, “ought to be used for bad backs, knee pain, tooth extraction, headaches, fibromyalgia, as well as football, hockey, and dirt-bike injuries, broken bones, and, of course, after surgery.”

At present, there doesn’t appear to be an end to the current opioid epidemic.

Law enforcement, policy advisors, political leaders, medical professionals, and mental health professionals have been scrambling to solve the problem as the death rate continues to increase. Finally, that said, although it may seem like a small step, recognizing drug abuse during “Red Ribbon Week” may be a way for individuals who do not have a direct link to the opioid crisis to become aware of the serious problem that it presents. 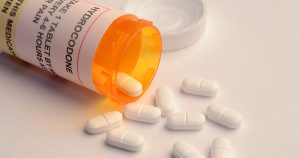