Psychological Principles to Start the School Year off Strong 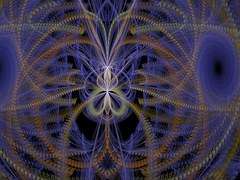 How an emerging scientific theory can shape counseling approaches and interventions

“If a butterfly flaps it’s wings in Brazil, will it cause a hurricane in Texas?”

This question, posed by earlier proponents of “chaos theory,” illustrates how sensitive initial conditions may emerge into something larger and unpredictable. Earlier chaos theorists began in the unrelated fields of weather patterning and physics. Later, however, those in the social and behavioral sciences coopted the idea and began applying it to their respective areas of study.

Eventually, a few decades after its inception, chaos theory found itself being applied to counseling.

An early paper that applied chaos theory to counseling was presented at the Annual Meeting of the Eastern Educational Research Association in March 1992. Titled, “Chaos Theory: Implications for Nonlinear Dynamics in Counseling,” its author, Sue Stickel, lays out the basics of chaos theory and how it can apply to counseling.

“The scientific notion of chaos refers to the tendency of dynamical, nonlinear systems toward irregular, sometimes unpredictable, yet deterministic behavior,” writes Stickel. “Therapists, especially those working from a brief approach, have noted the importance of the client’s situation upon entering therapy and that a single therapeutic session can promote substantial changes.”

So, in other words, to use an example from the natural sciences, a flock of birds flying in a pattern—although there is no central command and each bird is, in this example, an individual data point—can be considered “chaotic.”

Appling this idea to counseling, Stickel points to a clear connection: “The interest of chaos theory for the counselor may lie in its ability to provide metaphors for understanding the complexity of the client’s life situation, among them sensitive dependence, turbulence, strange attractors, and iteration.”

The key words above—“diversity,” “change,” “synthesis,” and “turbulence”—may have special meanings when applied to a counseling context. Clients, as a for instance, may seek professional therapy because they may remain in a turbulent period in life; these clients may seek diverse way to change their lives. Also, the counselor may introduce or synthesize interventions that lead to positive treatment outcomes for their client. Lastly, the author emphasizes the “stretching of boundaries how outcomes . . . are conceptualized.”

Although there remains more work to be done in this area of research, and although the first attempts to apply chaos theory—or even a “chaotic paradigm”—to counseling are more than 20 years old, getting counselors to think about counseling as a “chaotic system” may yield unexpected positive outcomes.

Finally, the take away point here is that counselors might benefit from allowing some flexibility in outcomes and initial conditions. Deductive, cause-and-effect thinking does not always help sort things out when life—as it often does—goes chaotic.