Comparative Psychology: What Do Humans and Animals Have in Common?

Substance Use Disorders: What to Know

Comparative Psychology: What Do Humans and Animals Have in Common? 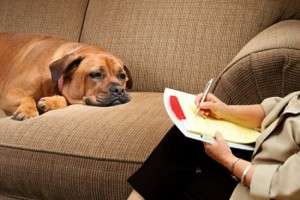 To ask—“What do humans and animals have in common on a psychological level?”—remains open to debate, controversy, and opens up decades of research in psychology and the biological sciences alike.

So, there isn’t an easy answer.

That said, however, over the years researchers have found a general understanding of the extent to which animals possess things such as:

And in attempting to answer the above question the jury is, well, still out.

As described by authors Christopher Sterling and Daniel Frings, “Comparative psychology is the study of cross-species behavior to identify both common and species-specific mechanisms.” The authors continue: “It is anchored in evolutionary theory and offers an opportunity to test hypotheses that may not be testable in humans for ethical or practical reasons.

There is a long history of humans using animals in psychological experiments. Pavlov’s dogs or Skinner’s pigeons come to mind. Some individuals oppose the use of animals in any scientific experiments for ethical reasons, but through the proper channels, such as through an institution’s Internal Review Board (IRB), experiments can be designed to treat animal subjects ethically and without any harm done to them.

Among some of the smartest animals in the animal kingdom are primates, dolphins, and crows. Although no animal species appear to match humans in cognitive and language capacity, for instance, nature does offer some impressive capacities in some animals. As noted, crows have been refereed to as “feathered apes” because of their social networks, use of tools (in controlled settings it has been shown that crows and other “corvids”— ravens and jays—use twigs as a type of tool), and apparent play-like behavior.

Another oft-cited test of animal psychology is whether animals can recognize themselves in a mirror. The idea, here, is to test self-awareness. As Sterling and Frings point out, magpies, elephants, dolphins, and primates often “pass the test”—that is, they can recognize themselves in a mirror (which may imply some degree of self-awareness), but other species such as giant pandas, gibbons, and African gray parrots fail the mirror test.

Are the former animals “self-aware”?

It is not easy to say so.

What’s more, the problem is that there are hardly agreed-upon definitions and meanings among researchers to apply. Researchers, scholars, and other academics disagree about exactly what is means to be “intelligent” or “conscious”—surprisingly, debates about emerging artificial intelligence (A.I.) even call into question what it means to be “alive.” Some non-biological systems can, at times, appear to display properties that humans would assign to living systems, except, they’re not biological systems.

The point is: Depending on how far you want to go down the rabbit hole, ideas, concepts, and definitions begin to break down regarding “life,” “intelligence,” and “consciousness.” Things become even more difficult when applying these concepts to non-human animals. One thing remains illuminating, however. Comparative psychology is a field that has, at least, identified the boundaries and similarities between humans and animals, and that’s a good place to begin.