Social Anxiety Disorder (SAD): What is It? How Is It Treated?

If you’re like me, you may not be happy that after turning the clocks back this weekend, the sun will be setting around 5pm.
And this is only the beginning.

In the Northern Latitudes, the sunlight begins to fade more and more until – toward the end of December – the darkness reaches its zenith at the winter solstice, which, then, daylight slowly begins to creep in day by day, but it doesn’t become noticeable until late February and well into March.

Those individuals who suffer from noticeable symptoms of depression during the winter months may have what’s called, “Seasonal Affective Disorder,” or “SAD.” SAD is a recognized mental health disorder that, put simply, impacts a person’s mental health when they are reduced to less sunlight. For a long time, when someone said they get “cabin fever” in the winter, or that they get the “winter blues,” they probably we not exaggerating. The only difference now is that science now recognizes how lack of exposure to sunlight affects mental health.

The lack of sunlight during the winter months doesn’t necessarily doom a person to depression all winter. Some common interventions include “happy lights.” Some anecdotal evidence suggests that people might feel better if they sit in from of a light for a few minutes every day. Another cheap way to fight the winter blues is going for a walk. Yes, it does get darker earlier and not everyone may have the time to go outside when it is light, but squeezing in a walk during a lunchbreak or on the weekend still helps.

Finally, another avenue a person can take to help fight off the symptoms of Seasonal Affective Disorder may be medication. In this case, the standard advice is to consult with a credentialed professional. Although some people have a negative attitude toward taking medication, citing a “pill for every ill” culture that we live in, the fact is, medication – when taken properly and with the right dosages – really can help. The question is: Is medication right for you?

Although there is no magic bullet in how a person should deal with Season Affective Disorder, there are a few quick and easy ways to – at the very least – mitigate its impact. Dealing with darkness may not always be easy and when the winter months settle in, and it may be difficult for some individuals to deal with the change. Nevertheless, knowing that seasons, by their very nature, change, and that there are some ways to fight the effects of SAD remains helpful. 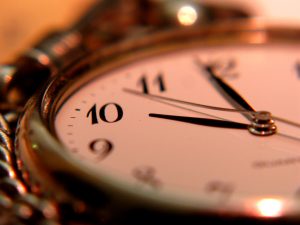