Depression and Antidepressants: What to Know

Sleep: What is It? We Do We Need It? And How Can We Get More?

Depression and Antidepressants: What to Know

Humans have been taking psychoactive substances since the dawn of civilization.

The ancient Egyptians, for example, according to author David J. Triggle, Ph.D., have been found with traces a marijuana, and “the use of peyote and Amanita fungi have been a component of religious ceremonies worldwide.”

That said, the scientific development of depression medication as is recognized today remains a fairly recent development – decades rather than centuries old. And more and more individuals have been seeking antidepressant medication to relive symptoms of depression and similar mental health ailments. Recently, in the 1980s and 1900s, with the onset of the “Proszac Revolution,” more and more Americans in particular have become accustomed to knowing someone on antidepressants, according to Dr. Triggle.

Although the very particular details about how antidepressants work remains outside the scope of this article, there are a very basics that are worth covering. Briefly, abovementioned drugs such as Prozac are “selective serotonin reuptake inhibitors” (SSRIs) that work by altering chemical processes in the brain.

Some symptoms of depression include:
• Chronically feeling “down,” anxious, or empty
• Easily irritated, on the brink of tears, anxious
• Thinking about suicide or death
• Unable to concentrate, distracted all of the time

There are other symptoms of depression, such as “Feeling hopeless, useless, or guilty,” and “Not being able to enjoy recreational activities.”
If you are experiencing any of these symptoms, consult with a certified medical professional to seek help.

From a long view historical perspective, great strides have been made in understanding and treating depression – although more work and research needs to continue in order to improve drug treatment interventions. As noted by Dr. Triggle, “From the Middle Ages up until the nineteen centuries, depression was viewed as an affliction of the soul.” He continues: “Patients who were unable to function because of depression were either cared for by their families or were sent into insane asylums.”

Thankfully, those days are long gone as science has replaced superstition for the treatment of depression and other similar mental health disorders. 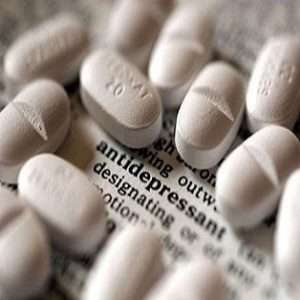