Decades ago, research psychologists began to settle the question of personality. For a long time, different personality models competed for attention: Can you really narrow down human personality? If so, how many different personalities are there? And in around the 1980s, the “five-factor” model of personality emerged, or the “Big 5” personality traits, and that model has proved reliable ever since.
Researchers were able to narrow down five personality traits: agreeableness, conscientiousness, openness, neuroticism, and extraversion. Of these five, most research has focused on agreeableness, conscientiousness, and openness.

And interestingly, when it comes to employment and income, it appears that the 5-factor personality trait of conscientiousness appears to predict that individuals with this trait are likely to stay employed and have higher incomes.

According to one study, researchers found that, “Conscientious individuals are organized, responsive, hard-working, and ambitious,” the researchers note, adding: “all quintessentially desirable habits in employees.” Additionally, “Conscientiousness . . . encapsulates work-promoting tendencies such as being responsible and punctual, being orderly and organized, and preserving to achieve important goals.”
The same study noted above found that adolescent consciousnesses predicts lower lifetime unemployment.

The literature on subject digs deeper, when one begins to look at how other personality traits may affect employment. According to another study published in The Journal of Personality and Social Psychology, the personality trait of agreeableness may also impact employment and income—negatively. Some of the traits of agreeableness include trust, altruism, modesty, and tender-mindedness. And although agreeable traits may be worth cultivating in other contexts, one study found that these traits tend not to be helpful in highly competitive work environments.

“There is evidence that, although agreeable people engage in more altruistic behaviors at work, they are less likely to enact voice behaviors that constructively challenge existing practice,” the authors of one study write. Moreover, “Setting goals to build their reputation or advance their organizational position might be viewed by highly agreeable people as competitive behavior, undermining their desire to maintain social harmony.” 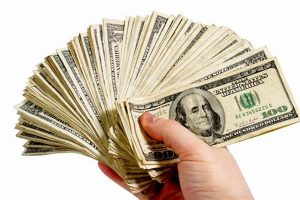