What Are the Elements of Wellbeing?

As spring begins to transition into summer in the Northern Hemisphere, the time may be right to pause and reflect about nature and what it can teach us. And, with that in mind, one way to do this is to take a brief look at earth-based spiritual practices. These practices, “Wicca,” in particular, are some of the oldest spiritual traditions in the world, and these spiritual paths emphasize the intersection of nature and aspects of the human condition.

As mentioned above, Wicca, which is one of the most prominent and oldest of the earth-based spiritual paths, focuses on self-development, holistic food, and social justice. Also, as noted by author Ann-Marie Gallagher, “Because Wicca is a religion that does not have a doctrine or a set central priesthood, sacred texts, or set of rules, the responsibility for learning and growing within the chosen spiritual path is placed upon the individual.”

Although Wicca is complex and can not be reduced to a specific set of rules, it does, however, contain a storied history, most of which lies outside of the scope of this article.

One important emphasis that can be found within Wicca remains “The Year’s Wheel.”
“Our ancestors acknowledged the human relationship with the Earth’s seasonal round by marking particular points in the year’s turning with celebrations,” Gallagher writes. “The remnants of many folk customs indicate the importance placed upon human interconnectedness with nature.”

So, as May comes to a close and the month of June approaches, Wicca may offer a chance to celebrate the season. Wicca recognizes “eight sabbats”—eight celebrations throughout the year that coincide with nature-related events, such as the summer and winter solstices and the autumn and spring equinoxes.

“Of the eight festivals that witches celebrate through the year, four of them are based directly on the astronomical events produced by [the earth’s] 23.45-degree tilt: the winter and summer solstices and the spring and autumn equinoxes,” writes Gallagher.

One of the most recent sabbats, “Ostara” (the spring equinox, which occurs each year around March 21/22), and “Beltane,” which occurs on May 1, both celebrate the coming of the light. Other celebrations continue throughout the summer and autumn until the end of the calendar year. In the Northern hemisphere, “Yule,” which happens usually around December 21/22, was described by the 16th-century poet John Donne as “the year’s midnight” and is a time of darkness.

Whether celebrating one of the eight sabbats or just taking a walk in the woods, Wicca and other earth-based spiritualties offer individuals an opportunity to reflect upon themselves as well as the wider planet. 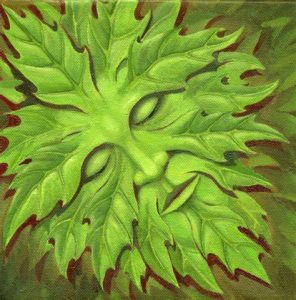