Is greatness innate, or can it be learned?

This is one of the questions that has been haunting psychology for decades, and although its been met with some criticism, the 10,000-hour rule – formulated by the psychologist Anders Ericsson – postulates that any one can be great at almost anything . . . with the caveat that he or she practices “deliberately” for at least 10,000 hours.

“[N]ot just any practice will do,” writes Jarrett. “Ericsson says it needs to be what he calls ‘deliberate practice,’ in which you don’t just repeat what you know but instead constantly seek to stretch yourself. This inevitably involves forensic self-criticism, repeated failure, and a dogged ability to keep dusting yourself down and trying again – a process that’s not particularly enjoyable and quite distinct from leisurely practice.”
Jarrett goes on to say that “. . . the path to expertise is available to anyone who’s prepared to put in the necessary levels of practice. How much?” he asks.

Answer: “Studies of elite musicians, athletes, and chess players suggest at least 10,000 hours of practice spread over a period of more than 10 years.”

Becoming great at something, then, takes years of deliberate practice.

Ericsson’s 10,000-hour rule remains encouraging, as noted above, because the available evidence suggests that being great isn’t innate but learned. It also indicates with the right amount of hard work, grit, and determination, a person can mold him- or herself into someone with expertise, talent, or even more.

Finally, Ericcson’s 10,000-hour rule may provide a road map of how to become better at a given task. It should also remind us that when we fail at something, we can pick up where we left off and continue working toward our intended goal. 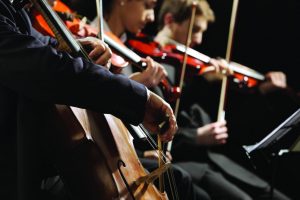