In her 2019 international bestseller, “Evil: The Science Behind Humanities Dark Side,” author Julia Shaw explores some of the most duplicitous human acts and behaviors imaginable. Among these topics are “Murder by Design,” “Your Inner Sadist,” and other related subjects. Generally speaking, true crime books and books about the psychology of evil have generally landed at the top of the bestseller list for decades, and Shaw’s recent contribution to the true crime cannon doesn’t disappoint.

In some ways, the Biblical story of Cain and Able was the world’s first true crime story. And since then, many people have posed a timeless question: Why do people do bad things?

Shaw’s work helps to shed some light on that question. To begin, in post-industrial countries, violent crime has been declining since the early 1990s, but the perception of crime happening everywhere has increased. Shaw points her finger at media and popular culture: “It distorts our understanding of the prevalence of crime, making us think crime is more common than it actually is.” So, before we dive deeper, it’s worth understanding that – despite some recent upticks – violent crime is generally lower now than it was in the past.

Next, the author breaks down the four “dark personalities”: psychopathy, sadism, narcissism, and Machiavellianism. Generally speaking, these four personalities are often associated with anti-social behavior and occur in combination with one another or apart. Writing about these personalities, Shaw states that these dark personalities are “. . . socially averse traits in the sub-clinical range. The traits are sub-clinical because the person does not meet enough of the criteria to be diagnosed with and of the disorders in a clinical setting.”

Although most people have probably heard of psychopath, sadism, and narcissism – Machiavellianism may not be as familiar to most people. Diagnosed with a psychological tool called MACH-IV, Machiavellianism essentially is “a duplicitous interpersonal style, a cynical disregard for morality, and a focus on self-interest and personal gain.” It stems from the Italian Renaissance author Nicole Machiavelli, whose book, “The Prince,” spells out how powerful individuals, like a prince, can gain and maintain power.

As Shaw points out, however, not all of these traits are necessarily bad in low doses. “Research on the dark tetrad shows that these characteristics actually help some of us succeed,” the author writes. “Machiavellianism, particularly the willingness to do whatever it takes to get to the top, may help someone to thrive in a corporate setting.”

In the end, the four sub-clinical dark personality traits may lead an individual to do evil things. It’s important to remember that there is nothing supernatural or mystical about evil, as thoughts for many centuries. If anything can be said about evil, it is that it usually manifests when an individual with one of these traits makes decisions that adversely impact others. 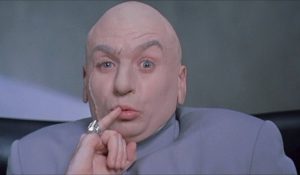