How does therapy work? 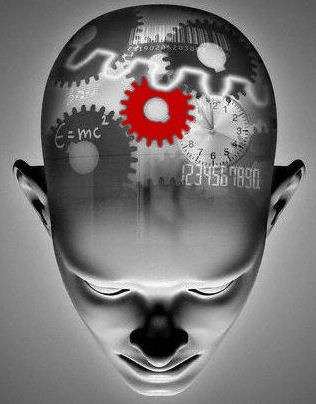 It’s a mantra in grad-school that one’s theoretical orientation and the services they provide in their therapies should center on “evidence-based practices.” With the demand for mental health care treatment on the rise, a hot topic in recent years has been the efficacy of psychological versus pharmacological treatments. Psychological interventions are costly for health insurance companies and time-consuming for clients, but pharmacological interventions carry the risk of serious side effects and arguably do not treat the underlying cause of the disorder.

Topics like these are incredibly challenging to work through. Best practices continue to be developed and refined, new medications are being produced every year, and the needs of the local community and greater society are always evolving. The difficulty of identifying effective treatments in the rapidly changing landscape of the field is compounded by the need to orient whatever intervention is utilized to the individual client’s unique personality, history, and presenting problems. It’s imperative, then, that robust studies with rigorous methodologies continue to be conducted on individuals across a variety of disorders, ideally comparing multiple kinds of interventions, beyond simple treatment versus control paradigms.

A study just of this sort came out in the past week. A meta-analysis on pharmacological and psychological treatments of social anxiety disorder was just published in The Lancet Psychiatry (Mayo-Wilson et al., 2014). The study consisted of a systematic review of randomized controlled trials conducted between 1988 and 2013 on adults aged 18 or older with diagnosed social anxiety disorder. Studies focusing on comorbidity were not included, but individuals who did have multiple disorders (typically major depressive disorder) were included. In total, 13,164 participants from 101 trials in 41 interventions or control conditions (i.e. waitlists, placebo pills, psychological placebos) were included in analysis. Most trials with pharmacological interventions were SSRIS and SNRIS (32) or MOAIs (11), whereas the largest number of psychological interventions were group-based cognitive behavioral therapy (CBT) (28 trials), individual CBT (15) or self-help with support (16).

Individual and group CBT, psychodynamic therapy, self-help, and exposure and social skills training were found to be effective against participants in waitlist conditions, while interpersonal psychotherapy, mindfulness training, and supportive therapy were not (I’m just reporting, here – don’t shoot the messenger). With respect to placebos, individual CBT and SSRIs/SSNI’s showed greater outcomes compared to participants in placebo conditions (psychological and pill, respectively). Individual CBT was also found to have a greater effect than psychodynamic, interpersonal, and supportive therapies and mindfulness.

Individuals CBT and SSRIs/SSNIs were the most effective forms of intervention found in the meta-analysis. The authors, finding that pharmacological treatments did not seem to be more effective than individual CBT, and citing side effects and higher rates of relapse with pharmacological interventions, argued that individual CBT should be the first-line treatment, with SSRIs/SSNI’s administered to those who are not interested in CBT treatment. Self-help with CBT-based support was recommended for clients interested in other forms of psychotherapeutic treatment, and other medications were recommended for instances in which original treatments fail. Psychodynamic therapy was identified as a third-line intervention.

This isn’t to say that the aforementioned interventions are the best treatments for all disorders: the study was limited to examination of social anxiety disorder only, and so one cannot make many generalizations from these data alone. Nor is it to say that these interventions are the best methods of treatment for all people. However, for those interventions that were not found to be superior to placebos or waitlist conditions, more rigorous research is warranted to increase their efficacy and to identify for whom and in what conditions they provide the greatest benefit. A client who is not receiving effective treatment is not only losing time and money – they are at risk for becoming disillusioned with mental health services and their willingness to try other interventions may diminish.