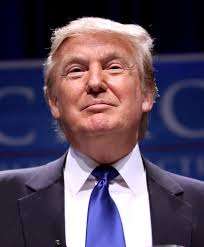 A buzz phrase that has been making its way around recently has been “The Dunning-Kruger Effect.” When I first heard about it, I was immediately suspicious thinking that it was some area of pop psychology that some were trying to insert into mainstream conversation to sound smart.

As it turns out, I was way, way wrong.

The Dunning-Kruger Effect—named after the two researchers who identified it—is when someone appears overly confident in a particular area of expertise, and they are unaware, sadly, of their incompetence. To be sure this is not the same thing as narcissism. The Dunning-Kruger Effect seems to pop up everywhere: in business settings, educational institutions, and especially in the arts and entertainment industries. One only needs to watch the outtakes from shows like American Idol or The Voice and watch individuals trying out for those shows who actually believe that they are top talent, when, in fact, their talent remains mediocre or none existent.

Recently, publications such as the New York magazine, Politico, and Psychology Today have applied this construct to our President.

Having a background in music, an area where the Dunning-Kruger Effect remains very prominent, I have bumped up against this phenomenon for years, but I didn’t know what to call it. “Where these people just delusional?” I would ask myself after watching someone painfully get through a song, only to walk off stage like they killed it.

As it turns out these musicians were not delusional in a clinical, DSM-5 diagnosable way; they were just under the guise of the Dunning-Kruger Effect . . . mistakenly thinking that their skill set was above average when, in fact, it was sub par.

Jeff Hester, in an article titled, “A Dunning-Kruger Universe,” writes about, as a scientist, his email inbox get routinely flooded by individuals who claim to have solved all of the holes in physics and cosmology. “Of course, the problem with these “theories” is that they aren’t scientific theories at all. In science, a theory is not just a wild guess. To a scientist, a theory is an idea that is consistent with known facts and makes testable predictions about the world,” he writes.

My experience with the Dunning-Kruger Effect also extends outside of the arts. One time a few years ago, while having lunch with a friend, I struck up a conversation with our waiter. As it turns out, he had made similar claims as the people who flood Jeff Hester’s email inbox: He had claimed to discover a fifth force of nature. (The four forces of nature are gravity, electromagnetism, the strong nuclear force, and the weak nuclear force.) I was immediately skeptical, but I went along with the conversation anyway just to save face. In the years since that conversation, I’ve never come across the headline: “New Force of Nature Discovered,” so—sadly for my waiter—I suppose that he may have been just another victim of The Dunning Kruger Effect.

Anyway, whether it’s in the arts, business, or science, there are always those who claim to know more than they actually do. I suppose that on the surface this is OK as long as it doesn’t harm anyone. But it becomes problematic when this type of unaware incompetence pops up in places where important decisions are being made.

Beware of the Dunning-Kruger Effect.