How to Handle Difficult Conversations 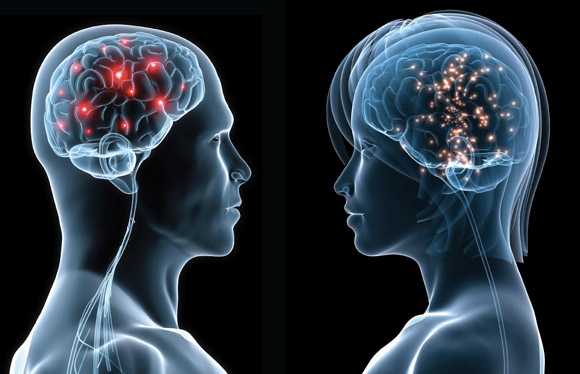 Throughout human history, a widespread belief has been that differences exist between the sexes. In the mid-twentieth century, however, various political and social movements sought to close the so-called “gender gap.”

On average, women still earn less money than men, and globally, some countries maintain draconian customs that strip women of political and social rights. Yet as different cultures, especially in the west, move toward gender equality—to quote author Tom Bowdon—“[w]hile we were being taught to believe that there were no differences between men and women that mattered, advances in brain science and empirical behavior studies were coming up with contrary findings.”

In other words, science seems to support the idea that differences between men and women do indeed exist, and these differences begin at birth and are housed in the brain. This fact does nothing to inform political policy; it merely explains why the behaviors of men and women appear to be so different.

In 1989, a seminal book on this topic, “Brainsex,” was published by Anne Moir and David Jessel. Their work remained one of the first books to address the science of the apparent differences between men and women. As summarized by Bowdon, the main idea of Moir and Jessel’s work is this: “By the time we emerge from the womb, most of the differences between men and women are already formed.” As is widely known, these differences stem from chromosomes (“xx” for females and “xy” for men).

More importantly, however, Mori and Jessel argue that humans are not born a “blank slate”—the idea that the larger environment has more to do with development than does our genetics. (Here, an important distinction must be made. As psychologists and anthropologists have made clear, the concept of gender appears to be socially constructed and appears on a continuum, while one’s “sex” appears to be a far more fixed at birth.) Moreover, hormones, too, play a role in shaping male and female differences. “At puberty, the brain, which has already been ‘pre-wired’ by the hormones in the fetal stage, responds to the gush of hormones with massive physical and psychological changes,” Bowdon writes. For instance, “. . . male hormones increase aggression, competition, self-assertion, self-confidence, and self-reliance,” and “these traits are reduced in the presence of female hormones.” Females, then, have their own set of specialized hormones that have their own functions.

Much has been written about the way men and women view sex. It then remains outside of the scope of this article to explore the topic in great detail. That said, however, sex is worth mentioning because of its role in social customs, popular culture, science, reproduction, and policy. According to “Brainsex,” men, for instance, are more aroused by visual stimuli, so having sex with the lights on appears to be favored. Women, on the other hand, are more aroused when they feel a sense of intimacy, and general prefer making love in the dark. These differences, although they may seem superficial, in fact reflect larger differences between men and women at the level of the brain.

Finally, Moir and Jessel argue that despite these differences, “marriage as an institution is a triumph of the female brain.” They continue: “Power, in any state, depends on the possession of information. In the married state, women have more of it.” In other words, women, with superior emotional intelligence, “enables the relationship to be well managed.”

Are Men and Women Different?

In general, although our sex does not determine our behaviors outright, our sex certainly helps shape them. Sometimes, though, it may be difficult to determine what parts of gender and sex are social constructs and which parts come from our innate biology. Yet, with advances in cognitive science, biology and the social and behavioral sciences, researchers may learn more details how much we are shaped by our sex. Books such as “Brainsex,” although it was published more than 25 years ago, remains a seminal work on the topic. Finally, as this research begins to converge, perhaps it will become easier to tease out the myths and the facts about the sexes.