Is Psychology a Science? Thoughts for Mental Health Professionals 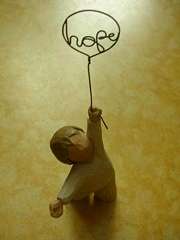 In the aftermath of the Second World War, a pivotal work of psychology emerged. Written by a survivor of the Auschwitz death camp, “Man’s Search for Meaning” details the harsh and brutal conditions its author, Viktor Frankl, had to endure as a camp prisoner. More than a holocaust memoir, “Man’s Search for Meaning” goes further: it applies principles of “logotherapy”—a system of therapy developed by the author—to help individuals endure and discover meaning in suffering. In subsequent decades, the book has been used in undergraduate psychology and philosophy classes alike and has sold millions of copies.

Frankl’s approach to therapy was molded during his time in Auschwitz. He noticed that the individuals who tended to survive were not the biggest or the strongest, but rather, survivors were those who tended to find a purpose in lives. In short, those who survived found something to live for. This insight informed Frankl’s later approach to logotherapy. Individuals, he argued, must find a purpose to their pain. This idea remains as relevant today as it did in 1945.

At the time, Frankl’s new approach to psychology appeared to refute his behaviorist contemporaries. Behaviorism, which was dominant in mid-twentieth century psychology, tended to treat individuals as mechanistic, cause-and-effect automatons. The problem with this approach, Frankl realized, is that it ignores human agency. This should come as no surprise, then, because he witnessed the cold, machine-like approach of the Nazis. Moreover, Frankl’s “will to meaning” was a slightly different take on Friedrich Nietzsche’s “will to power”—an idea that claimed that individuals strive to obtain and maintain power.

For years, the pseudo-experts of pop psychology have encouraged the public to “find your purpose.” Though a cliché by now, the idea of identifying a meaning to give your life purpose actually has its roots in Frankl. Faced with an “existential vacuum,” a phrase coined by Frankl, individuals can deal with alienation by discovering a purpose in it. He writes:

What I term the existential vacuum constitutes a challenge to psychiatry today. Ever more patients complain of a feeling of emptiness and meaninglessness, which seems to derive from two facts. Unlike an animal, man is not told by instincts what he must do. And unlike man in former times, he is no longer told by traditions what he should do. Often he does not even know what he basically wishes to do. Instead, he either wishes to do what other people do (conformism), or he does what other people wish him to do (totalitarianism).

Here, in other words, Frankl argues that, with the breakdown of conventions and traditions, knowing “what to do” remains less clear than before. Logotherapy’s aim, then, remains to attempt to aid individuals in their search for meaning.

Throughout “Man’s Search for Meaning,” Frankl recalls events in the Nazi death camp and weaves those experiences in with his ideas about logotherapy. In one noteworthy example, the author tells of an instance where he witnessed a fellow prisoner surrender his food, a single piece of bread, to another man who was on the brink of death. The act, Frankl says, illustrates the ability of humans to make free decisions even in the direst of circumstances. In another episode, Frankl recalls how another man talked about “running the wire”—prisonspeak for committing suicide by running into an electrified fence that ran the perimeter of the compound. Frankl managed to save the man’s life by convincing him that he had something to live for, namely, the future.

And this is the key.

By choosing to focus on the future, individuals can rise above repeated remorse about the past. The future, according to Frankl, contains hope. An unfulfilled task, a future duty, is an aim worth harboring, and it remains one way individuals can discover meaning.

After his liberation from Auschwitz at the end of the war, Frankl went on to have a long career as a therapist and further developed his counseling methods before dying in 1997. His seminal work, “Man’s Search for Meaning,” continues to inspire generations of psychologists and thinkers. More importantly, however, is Frankl’s message of hope. According to the Centers for Disease Control and Prevention, “intentional self-harm” remains a leading cause of mortality in the United States. With this, perhaps Frankl’s “will to meaning” approach to therapy is needed more now than ever.