When (and when not to) Listen to Authority: Lessons from Milgram 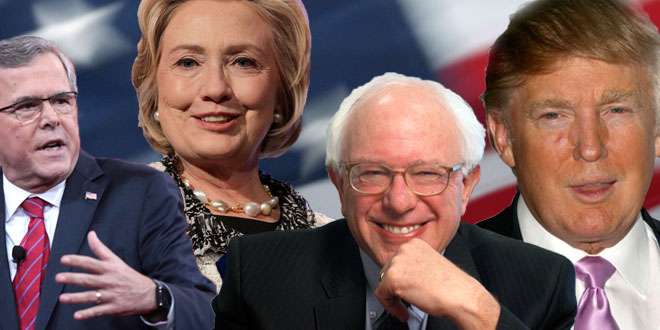 Since mid-summer, Americans have been treated with a seemingly endless onslaught of political mudslinging among the Democratic and Republican presidential candidates. But with the general election more than a year away, and the campaign season in its early stages, there is definitely more to come.

As the campaign continues, who are you thinking of voting for? The best? The brightest? The candidate who appears to have superior knowledge, skills, and resources?

According to Henri Tajfel, a social psychologist, none of the above-mentioned factors are relevant.

Individuals are likely to vote for the most relatable candidate, the person who does not possess superior attributes, but someone who seems more like them, the voter. Of course, this revolution is not a novel idea because the electorate remains used to seeing millionaire politicians driving a truck in their campaign commercials, wearing jeans and rolling up their sleeves at times, and using common, non-pretentious language. In the 2000 presidential election between George W. Bush and Al Gore, for example, to some, Gore seemed “stuffy” and to academic: He was articulate and used high diction. Bush, on the other hand, famously fumbled sentences when he spoke and appeared aloof during debates. Yet, Bush beat Gore, and many people said at the time they voted for him because they could “picture themselves having a beer with him.”

This is Social Identity Theory.

Despite all of the high-minded rhetoric about voting for the best candidate, most times, people vote for candidates—or follow a leader—who are most like them, candidates and leaders who are, well, average. This, in part, explains the surge of populism across the political spectrum during campaign season. Politicians are seen eating at diners and holding events in corn fields to appear relatable. This type of political behavior provides support for Social Identity Theory.

“Once they are in power,” writes author Christian Jarrett, “. . . leaders become different from their constituents, so they must go to increasing lengths to prove they are like the group. This is why nationalistic slogans—and even outright racism—are often effective political strategies.”

That, again, can help explain why a candidate like Donald Trump is leading the polls in the Republican primary. At the time of this writing, according to a CBS/New York Times poll, Trump has the highest ratings on the Republican side, a rating of 27 percent. Trump is a multimillionaire, whose income and wealth far, far exceed the average person, yet he is doing well in the polls. Why Trump—despite remaining in a social class radically different than the majority of the population—is doing well can be in part explained by Social Identity Theory.

Remember Henri Tajfel from the beginning of this article? As a Jew, he was a POW during WWII. Years later after his release by the Germans, Tajfel wanted to understand how so many people could willingly follow someone like Adolf Hitler, and what Tajfel discovered is amazing: Through a series of experiments in the 1970s, the social psychologist discovered that individuals will often follow a leader from seemingly arbitrary reasons, reasons such as “shared eye color, place of birth, or random assignment to a group by the experimenter” will all promote group cohesion and loyalty. Several lessons can be drawn from this:

Lesson 3: We can expand the circle of positive sentiments by understanding that most people are more alike than different.

So, as the primary presidential election proceeds, let’s remember:

Are we actually voting for persons who are “the best-and-the-brightest”?

Or are we voting for them and are willing to follow them because they remind us of ourselves in some way?

If Tajfel’s research and Social Identity Theory are correct, more times than not, we will exhibit the latter.

There may be good evolutionary reasons why people would follow leaders like themselves. As society develops in more complex and interesting ways, however, perhaps retaining this from of arbitrary tribalism does more harm than good.