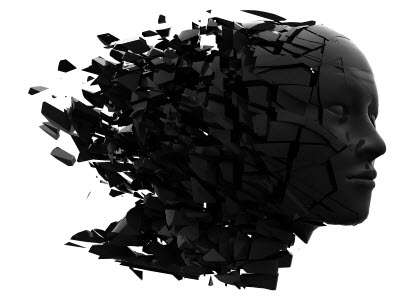 When we talk about human nature, we often say that we’re “hardwired” to be a certain way, that we’re “programmed” to behave in a particular manner. With the way that people so often speak about human psychology, one starts to conceptualize of the brain as a rigid structure laid out from birth, something unmalleable that changes only in size.

But the brain is cooler than that. Like, way cooler than that. The structure of the brain and the pathways between neurons can change throughout one’s life as a result of their life experiences. This is called brain plasticity, or, if you want to show off, neuroplasticity.

During gestation, cells in the neural tube (the formative structure that gives rise to the brain and spine) produce neurons, cells that transmit nerve signals, en masse. These neurons travel outwards and form layers of the cerebral cortex, with newly made neurons traveling through earlier neurons to form the next layer.

When I say that neurons are being produced en masse, I mean that they’re being produced en masse—because by the time this stage of development is said and done, about 50% of the neurons end up dying in a process known as apoptosis. As the neurons find their final resting spots, they form connections to each other with axons, which you can think of as the cables between telephone poles (neurons) that allow electrical signals to move from one pole (neuron) to another. Neurons that don’t establish connections to other neurons die. Over time, connections between neurons weaken or strengthen through use and experience (“use it or lose it”), changing the structure of the brain (Carlson, 1990).

Suppose that you take up dart-throwing as a hobby, because it’s the latest thing and that’s how you’re going to get in with the “in-crowd.” You start throwing darts every week, three to four days out of a week. You do this for a while, maybe a month and a half.

Tyč and Boyadjian (2011) had female sports students do just this thing. They were brought into the lab and were trained in throwing darts several times a week for six weeks, each participant making over 1,200 throws over the course of training. Parts of the brain were mapped for each participant and the size of the portion of the primary motor cortex devoted to the major muscles they used for throwing were recorded. Results from the study showed that the parts of the brain that represented these major muscles increased after the six-week training period, suggesting that such repetitive training bolstered connections between related neurons in the brain.

More than athletes, musicians have been a group of interest over the past few decades for the study of brain plasticity. A number of studies have found that certain brain structures are larger for musicians than for non-musicians, and that the brains of people who master one instrument differ from the brains of people who master another. For example, both the left and right hand motor areas of the brain are larger for pianists than non-pianists, but only the left hand motor area of the brain is larger for violinists, presumably because pianists practice with both hands while violinists only manipulate their instrument with their left hand. These differences in size do not simply suggest stronger connections between neurons, but a reorganization of the connections (Bangert & Schlaug, 2006 in J¨ancke, 2009).

Or even an optimization of the connections. In experiments measuring discrimination between pitches (i.e., what makes a high note high and a low note low) for example, non-musicians are distracted by timbre (the sound’s “color,” like the difference between a piano and a guitar) whereas musicians are not (Beal, 1985 in J¨ancke, 2009). Musicians also automatically process more musical stimuli than nonmusicians do – thus essentially having optimized musical hearing, (J¨ancke, 2009).

Admittedly, studies with musicians are not causal experiments, as it is logistically unfeasible to select a group of people, from infancy, and control how much practice they will get playing an instrument throughout their lifetime. And because these studies are not causal experiments, we can never really prove that learning an instrument changes the structure of the brain – indeed, it could be such that people who are better at processing sound are more likely to become musicians than those who are not. However, those studies that are experimental, such as Tyč and Boyadjian (2011) and the growing number of longitudinal studies that show the neural changes within musicians over time and years of practice make a strong case for the use of these studies in making inferences about the plasticity of the brain.