How Emotionally Intelligent Are you?

Music Therapy for Substance Abuse Disorders? What the Science Has to Say (So far)

Sleep: What is It? We Do We Need It? And How Can We Get More?

How Emotionally Intelligent Are you?

Many of us are aware of the concept of “intelligence.” And although the concept has been around for more than 100 years, even some experts do not fully agree on what constitutes intelligence. In more recent years, some psychologists have even lobbied to replace intelligence with other, perhaps related, constructs.

So how would you define emotional intelligence?

According to Author Daniel Goldman, who wrote the book titled, “Emotional Intelligence,” emotional intelligence “include[s] self-control, zeal and persistence, and the ability to motivate oneself.” He continues: “Emotional intelligence trumps I.Q. primarily in those ‘soft’ domains where intellect is relatively less relevant for success – where, for example, emotional self-regulation and empathy may be more salient skills than purely cognitive ones.”

Goldman lays out some key components of the concept. They include:

There are others that Goldman lists, but these are a few of the important ideas related to emotional intelligence.

One of the most interesting aspects of emotional intelligence is how is can predict future outcomes in a way traditionally I.Q. can’t. For example, when applied to children in school, Goldman writes, “While boys on a trajectory toward delinquency tend to have lower I.Q. scores than their peers, their impulsivity is more directly at cause: impulsivity in ten-year-old boys is almost three times as powerful a predictor of their later delinquency as their I.Q.”

“The ability to control impulse is the base of will and character,” writes Goldman. “By the same token, the root of altruism lines in empathy, the ability to read emotions in others; lacking a sense of other’s need or despair. . . .”
It is this altruism and character that, indeed, helps guide individuals to success. 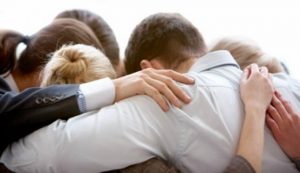