When an individual decides to enter the professional world of counseling, therapy, social work, or any of the mental health professions in general, it is usually assumed that that individual has a high level of empathy; otherwise, why would he or she choose that profession?
And although this assumption may seem correct on it’s face, research has confirmed that therapists who display more empathy toward their patients have a higher success rate.
“One of the largest determinants of client outcomes is the counselor who provides treatment,” writes researchers at the American Psychological Association in 2012. “In particular, the therapeutic skill of accurate empathy originally described by Carl Rogers has been found to account for a meaningful proportion of variance in therapeutic alliance and in addiction treatment outcomes.” The authors conclude: “High-empathy counselors appear to have higher success rates regardless of theoretical orientation. Low-empathy and confrontational counseling, in contrast, has been associated with higher drop-out and relapse rates, weaker therapeutic alliance, and less client change.”
In other words, the authors are saying, therapists who have higher levels of empathy are usually more successful with clients. This is something for up-and-coming mental health professionals to bear in mind.
But what does “empathy” mean?
The authors of the abovementioned study note: “The term empathy has many meanings, and it can be difficult to differentiate it from other relationship elements such as acceptance and warmth. We are focusing here on what Carl Rogers and his students described as accurate empathy. This is a specific therapeutic skill that includes a commitment to understanding the client’s personal frame of reference and the ability to convey this heard meaning back to the client via reflective listening.”
Although empathy toward clients in a therapeutic context may not always be easily achieved, the authors of the study assert its usefulness. They make clear, “Clinicians are clearly different from each other in the amount of empathy they typically convey in treatment sessions, but there are also differences within clinicians depending on client characteristics. It may be easier to be empathic with some clients than with others. Nevertheless,” the authors say, “focusing on the clinician’s contribution to the empathic process is important because it is clinicians, and not clients, who are tasked with improving the quality of therapeutic interactions.”
Although it may seem like a good idea for a mental health professionals, counselors, or therapists to have empathy, research by the American Psychological Association confirms it. In sum, clinicians who display higher levels of empathy toward their clients, put simply, have higher success rates with those clients. Finally, although theoretical orientation remains important—as well as other variables—something as simple as empathy can have a dramatic impact.
References:
Moyers, T. B., Miller, W. R. (2012). Is Low Therapist Empathy Toxic? Psychology of Addictive Behaviors, 23(3), 878 – 884. 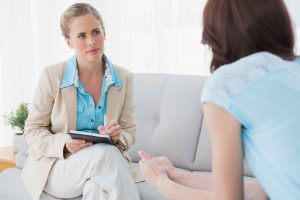