When (and when not to) Listen to Authority: Lessons from Milgram

Highlighting the Positive: A Tour though “Positive Psychology” 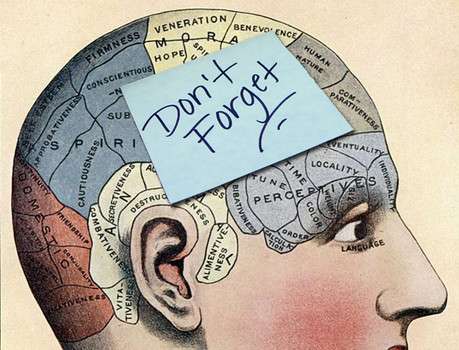 This idea was first pioneered by Elizabeth Loftus, a psychologist with a zest for probing in to the accuracy of an individual’s memory. Loftus, who received her Ph.D. in psychology from Stanford University, has been involved in some big profile court cases: from the O.J. Simpson trial in the 1990s to Michael Jackson’s trial. Moreover, the accuracy of memories has some practical consequences, especially regarding the role of eyewitness testimony in U.S. courts and elsewhere.

The key question remains: Are your memories as accurate as you believe?

Author Christian Jarrett recalls how in 2008 Hilary Clinton, who was in the midst of an embattled presidential primary election, took heat from claiming she came under sniper fire during a trip to Bosnia in the 1990s while she was serving as First Lady of the U.S.

When it was later revealed that Clinton had never been fired at in Bosnia, many were quick to call her a liar.

Was Clinton deliberately misleading the voters and the media, or was she simply having a false memory?

Jarret writes: “Experiencing a false memory in this way can happen to any of us because, far from being written in stone, our memories are like reconstructions, easily distorted and highly malleable.”

Another write of popular psychology, Adam Hart-Davis, notes the problem of false memories, especially in the American legal system. “Eyewitness error can be series in courts of law,” Hart-Davis writes. “In one case in 1973, 17 witnesses identified a man as the person who shot a police officer. Later it turned out that the man they had identified had been nowhere near the scene of the crime.”

One year after the abovementioned eyewitness misidentification—in 1974—Loftus designed an experiment to test the accuracy of memories. In short, the study went something like this:

The research psychologist conducted an experiment to tease out how a question is asked can change the memory of the person who is answering the question. One notable question, as Hart-David points out, was the distinction between the questions, “Did you see a broken headlight?” and “Did you see the broken headlight?” Loftus reported that, “. . . [w]itnesses who received questions with ‘the’ were much more likely to report having seen something that had not really appeared . . . .”

Although this is a simplification of Loftus’ work, the point remains the same: The way questions are asked and how words are defined—in other words, the semantical construction of the sentences—can impact the way a person recalls an event.

The Impact of False Memories in the Legal System

As noted above, Loftus has appeared in some high-profile court cases, describing the limits of recall and memory. All of this begs the question: If individuals remain prone to recalling distorted or fabricated memories, how accurate are eyewitness testimonies, and how much weight should they be given in the legal system? It has often been pointed out, too, that prosecutors will intentionally manipulate this “memory loophole,” as I will call it, to suit their own needs.

All of this casts doubt on using memory as an accurate piece of evidence in the courtroom.

Yet despite the experimental evidence, on the whole, many of us rely on our short-term and long-term memories in our daily lives. In fact, some memoires, depending on the emotional weight attracted to them, can provoke everything from trauma to so-called “good” feelings. The takeaway, then, of Loftus’ work shouldn’t be that all of our memories are totally unreliable or are complete fabrications. Her work merely highlights the limitations of memory and recall. Moreover, her work illustrates the painful fact that, much like Hilary Clinton’s false Bosnia memory during the ’08 presidential primary, what we are recalling may not always be what really occurred.