Do you know how to avoid Burnout? 6 Simple Tips for Clinicians 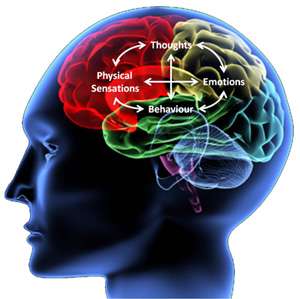 What does it mean to “live rationally”?

This question has been around for a long time. Since the time of Plato and Aristotle more than 2,000 years ago, Western thinkers have championed rational thinking as a means to achieve a better life. But it wasn’t until a few decades ago, beginning in the 1960s, when psychologists began to apply this idea as a means of improving one’s mental health.

The basic idea behind CBT argues that individuals can control their emotions—how they feel—if they understand how to control the thoughts that create those emotions. In “A Guide to Rational Living,” Drs. Albert Ellis and Robert Harper explore how people can become emotionally stronger through becoming aware of, and challenging, irrational beliefs about themselves, their environment and their past. Their book was first published in 1961 and has resonated with millions of people throughout the following decades.

Ellis and Harper called their therapy “Rational Emotive Behavioral Therapy” (REBT). REBT, essentially a branch of CBT, encourages people to analyze their self-defeating “beliefs, attitudes, opinions and philosophies” that contribute to depression, anxiety and panic. Ellis and Harper identify several irrational beliefs. Some of these include the (mistaken) idea that:

• You must have love and approval from all significant people in your life.

• People absolutely must not act obnoxiously or unfairly.

• If something is dangerous or fearsome, you must obsess about it and frantically try to escape

• Your past remains all-important and that because something once strongly influenced your life,

it has to keep determining your feelings and behaviors today.

This list is by no means all-inclusive, but it includes some of the more common irrational beliefs that plague many people. According to Ellis and Harper, harboring these and similar irrational beliefs can “block clear thinking and lead to overemotional or apathetic feelings.” What’s more, the authors assert that “. . . unless you begin to think more clearly and surrender some of your irrational beliefs, you will tend to depress yourself again . . . .”

To key remains to identify self-sabotaging thoughts and replace them with more productive ones.

“Feelings Are Not Facts”

The essence of Ellis and Harper’s approach to therapy is the idea that most of us do not need to be imprisoned by our own thinking. Indeed, our thinking can be our ally or our enemy. Irrational beliefs sabotage our progress and can lead to self-defeating and unhealthy behaviors.

Living rationally, then, involves a variety of mental tools and strategies that can help to keep irrational beliefs and attitudes at bay. One of these tools involves language, or, more precisely, the kinds of words that are used to describe events. For example, rather than label events as “horrible” or “terrible,” Ellis and Harper explain, it may be more helpful to think of them as “unfortunate” or “frustrating.” Although this observation may seem like a semantic nuance, the language used to frame our experiences has a profound impact on how we feel about them. And focusing on the language that is used to describe our thoughts forces us to confront the thoughts themselves.

This is a form of, what the authors call, “meta-thinking”—or thinking about your thinking.

By forcing us to observe and regulate the thoughts that shape our beliefs about events, meta-thinking remains another useful CBT tool. Moreover, as the authors assert, “feelings are not facts.” In other words, although we may sometimes think that our emotions represent concrete reality, they, in fact, do not. Our thoughts and beliefs are ephemeral at best, and—as described by Ellis and Harper—they can be changed by learning new habits, new productive habits that will benefit our lives.

Recognizing that thoughts form the basis of emotion can help us to maintain healthy patterns of thoughts—which remain the basis of CBT, REBT and other related therapies. Identifying and discriminating between healthy, productive thoughts from unhealthy, unproductive thoughts remains the first step. Learning to use less biased language, too, helps. Finally, in order to “live rationally,” as advocated by Ellis and Harper, individuals might benefit from practicing the tools and strategies that will have an overall positive net effect.