4 Things to Do while Social Distancing

Viruses, bacteria, and other microbes having been evolving along side of humans since the dawn of humanity. (In fact, microbes predate humans by billions of years.) But disease epidemics – situations where viruses and other microbes affect large numbers of people are relatively new, dating to about 10,000 years ago.

Because that was roughly the time when humans discover agriculture, the time people started to live in large communities, and, most importantly, it was the time when humans began to live in close proximity to animals. “[T]he crowd diseases . . . have arisen only with the buildup of large, dense human populations,” writes author Jared Diamond. “Sedentary farmers become surrounded not only [animal] species but also by disease transmitting rodents, attracted by the farmers’ stored food.”

Viruses and other microbes represent “evolution in action,” according to Diamond, and these microbes have found various pathways into the human body. The novel COVID-19 virus, or, Coronavirus, transmits in a similar way as influenza. “According to one hypothesis,” writes Carl Zimmer, author of “A Planet of Viruses,” “[the flu transmits more easily in the winter months because it] allow[s] virus-laden droplets to float in the air for hours, increasing their chances of encountering a new host.” Zimmer goes on to say: “At other times of the year, the humidity causes the droplets to swell and fall to the ground.”

In recent years, new virus strains have entered into the human population. Zika, Ebola, and SARS are but some examples. But the Coronavirus emerged out of China in late 2019 and has eclipsed these recent prior viruses in scale and in scope. And although there have not been any reported cases of human-to-human transmissions of Coronavirus prior to late 2019, the virus, in some ways, follows a familiar path.
The likely original host of Coronavirus were Chinese bats. Although a virus needs to have the right biology in order to “jump” from one species to another, other viruses, such as SARS in 2003, have done just that. Viruses (which are basically RNA wrapped in a protein coating) cannot reproduce on their own (like bacteria can) but instead need to hijack other cells in order to replicate.

But it’s important to remember that most viruses are benign. According to Zimmer, there can be as many as 200 million viruses in a single drop of water. This “virosphere” is only just beginning to reveal its secrets to science.

Meanwhile, the World Health Organization (WHO), the Center for Disease Control and Prevention (CDC), and other health departments are, at the moment, scrambling to get a handle on the Coronavirus. And this novel virus has unexpectedly presented a challenge to governments, government health departments, doctors, scientists, and the general public. Finally, it’s hard to predict how the current spread of Coronavirus will play out, but if history is any guide, it may take some time to get the current epidemic under control . . . if it ever can be. 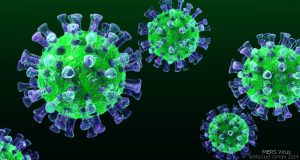