“The Sanity of Madness”: When It’s OK to Let Go

Have you ever sat on the passage side of a moving car, looked out the window, and wondered by distant objects seemed stationary but objects nearer by appear to move by quickly? As it turns out, this was noticed in the late 19th century and early 20th centuries, and it was a problem noticed by – of all people – Thomas Edison, who created “motion pictures,” but, as pointed out by author Morton Hunt, “Thomas Edison and others who developed motion pictures in the 1890s were content to achieve the effect without understanding what caused it.”

About 20 years later, in 1910, after sitting on a moving train, Max Wertheimer, a psychologist, became determined to explore the underlying phenomenon of this visual illusion.

This became the birth of “gestalt psychology,” a branch of psychology concerned with visual illusion and meaning.

“Wertheimer called such an overall perception Gestalt, a German word that means form, shape, or configuration but that he used to mean a set of sensations perceived as a meaningful whole,” writes Hunt.

In short, “Wertheimer’s theory that the mind adds structure and meaning to incoming sensations was distinctly out of step with the antimentalist psychology that had been dominant in Germany for nearly half a century and in American for a generation,” Hunt writes.
Gestalt psychology, over the years, has had implications that reach beyond interesting visual effects. In the study or art, for example, gestalt psychology has been applied to help understand how the brain creates meaningful patterns, and this is explained because “. . . the mind interprets the sensations to mean what it knows the objects to be.”

Interestingly, however, although its been around for more than 100 years, gestalt psychology has become an interesting niche within psychology. Yet, “Wertheimer saw Gestalt theory as far more than an explanation of perception,” Hunt observes. “He believed it would prove to be the key to learning, motivation, and thinking.”

Throughout the decades, gestalt psychology has gained ground in certain circles. The way Hunt puts it is: “The result was that by the early 1930s, gestalt psychology, though it has become a definite part of the American psychology scene, remained a subordinate part; like the structuralists, functionalists, Freudians, and others, Gestaltists were a minority in the behaviorist-dominated establishment.”

In brief, though, the central gestalt doctrine – that the whole is greater than the sum of its parts – has had an impact. As noted above, this idea, and other gestalt ideas, have had an impact on learning, the arts, and other areas of knowledge. Finally, although gestalt psychology has remained a more niche area of psychology, it has still managed to stick around, and it continues to have an impact. 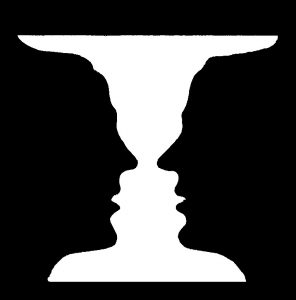