Why do people who are generally unskilled at a task “hold overly favorable views of their abilities”?

For those who do, this phenomenon is called the “Dunning-Kruguer Effect”—which, defined, means that someone who is generally not skilled at a particular task believe that they are very good at that task.

Coined in 1999 by psychologists Justin Kruguer and David Dunning, the Dunning-Kruguer Effect is now associated with individuals who think that they are very good at something and, in fact, are not. “People tend to hold overly favorable views of their abilities in many social and intellectual domains,” the authors write. “This overestimation occurs, in part, because people who are unskilled in these domains suffer a dual burden: Not only do these people reach erroneous conclusions and make unfortunate choices, but their incompetence robs them of the metacognitive ability to realize it.”

Moreover, Dunning and Kruguer also note that individuals who remain impacted by the Dunning-Kruguer Effect, also suffer from a lack of “metacognition,” “metamemory,” and “metacomprehension,” or, what the authors call, “self-monitoring” skills.

“Perhaps the best illustration of this tendency is the ‘above-average effect,’ or the tendency of the average person to believe he or she is above average, a result that defies the logic of descriptive statistics,” the authors write. “For example, high school students tend to see themselves as having more ability in leadership, getting along with others, and written expression than their peers, business managers view themselves as more able than the typical manager.”

The lesson from the Dunning-Kruguer Effect is that individuals may want to proceed humbly. Expertise also remains important. Humorously, at the end of their research, Dunning and Kruguer write: “Although we feel we have done a competent job in making a strong case for this analysis, studying it empirically, and drawing out relevant implications, our thesis leaves us with one haunting worry that we cannot vanquish. That worry is that this article may contain faulty logic, methodological errors, or poor communication. Let us assure our readers that to the extent this article is imperfect, it is not a sin we have committed knowingly.”

Bottom line: Do not over estimate your abilities. 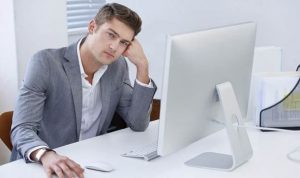 References:
Kruguer, J., Dunning, D. (1999). Unskilled and unaware of it: How Difficulties in Recognizing One’s Own Incompetence Lead to Inflated Self-Awareness. Journal of Personality and Social Psychology, 77, 6, 1121 – 1134.