Some of the most complex biological machinery is housed within the human head.

It goes without saying that the brains of humans are, undoubtedly, complex, big, and are the reason for our success throughout history.
That said, however, there are other species on the planet right now that are, well, intelligent, too. Most people have heard about the intelligences of dolphins and chimpanzees. But other animals such different species of birds and the octopus are intelligent by most standards. Let’s dive in and look a little closer at each other these.

Author Peter Godfrey-Smith wrote the 2016 book, “Other Minds: The Octopus, The Sea, and The Deep Origins of Consciousness.” As you might be able to infer from the title, Godfrey-Smith is a pretty big fanboy of the octopus . . . and its mind. Here’s how the author puts it:
“Cephalopods are an island of mental complexity in the sea of invertebrate animals. Because our most recent common ancestor was simple and lies far back, cephalopods are an independent experiment in evolution of large brains and complex behavior,” the author writes.

Cephalopods, by the way, are just the larger animal classification for the octopus and other similar animals such as the cuttlefish. These animals, again, have large brains for what would be expected for an animal that lives the what that it does.

Crows and ravens – a group of birds called “corvids” – are also another classification of animals wrote display intelligence, particularly in the area of memory and even toolmaking. As documented in the 2012 book, “Gifts of the Crow: How Perception, Emotion, and Thought Allow Smart Birds to Behave Like Humans,” corvids, especially crows and ravens, are smart birds.

“They harvest tenderized, accessible roadkill and even place hard seeds in the road so our cars will crush the shells and make kernels or nutmeats available,” the authors write. Moreover, these birds also have been observed to play, or frolic, with each other, and other behaviors such as using twigs as tools have been observed.

Rather than being labeled by the pejorative “bird brain,” corvids have earned the nickname “feathered apes” because of their display of intelligence.

“Most people consider birds to be instinctual automatons acting out behaviors long ago scripted by their genes . . . but [these birds] are anything but mindless or robotic.”

One of the things that studying animal intelligence can show us is that the concept of humans as the apex of Darwinian natural selection may need revising. Studying non-human intelligence in animals may also inform our ethics toward how animals and the larger biosphere are treated. Granted, most people do not encounter cephalopods on a one-to-one daily basis, but the larger view is that there isn’t a mile of Earth where human activity isn’t felt – whether it’s miles beneath the ocean or in a bird’s nest along the side of the interstate. 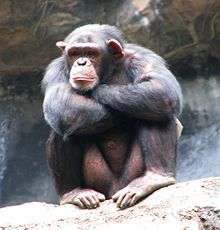