Pathways to Artificial Intelligence: What Does Our Future Hold?

December 3rd is designated as the “International Day of Persons with Disabilities.”

Late last week, former President George H. W. Bush passed away at age 94. The reason this is notable is because President Bush signed the Americans with Disabilities Act (ADA), a bill that was signed into law in 1990, while Bush was president. The ADA was a groundbreaking law because it was the first of its kind. The ADA, which is still law, prohibits discrimination of persons with disabilities. The law also put in to place other protections.

Another area of progress that is worth mentioning is design and architecture of public places and buildings. In previous decades, a building’s design rarely—if ever—took into account how physically disabled persons would be able to enter, exit, and move around within such as space. But as awareness of individuals with disabilities has come to the forefront, building design has changed to accommodate them. Innovations such as ramps into buildings, elevators, preferred parking, etc., have all been steps forward in recognizing the need for better design in public places for individuals with disabilities.

Education has been another area where changes have been made to recognize the need to help individuals with disabilities. The ADA, mentioned above, also broadly covers individual students with learning disabilities. Prior to the ADA, little attention was paid to students with Attention Deficient/Hyperactivity Disorder (ADHD), students with Autism, or other disabilities that can impact a child’s ability to learn. But as time has gone on, school districts, administrators, and curriculum planners have all now out the focus on students with special needs . . . thanks to the ADA and other similar state and federal laws. As widely known, there are now teachers who specialize in special education, with their primarily aim being to help students with disabilities.

Finally, with growing attention being paid to gender, racial, ethnic, and other diversities, now some are even calling for “cognitive diversity,” whereby the rights of individuals with cognitive disabilities—such as autism—are more broadly accepted and recognized. Whether or not cognitive diversity takes hold of the public’s consciousness—in the same way as other diversity awareness efforts has—remains to be seen, however, great strides have been made in recent decades to help, accommodate, and recognize individuals with disabilities. 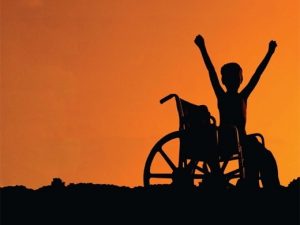