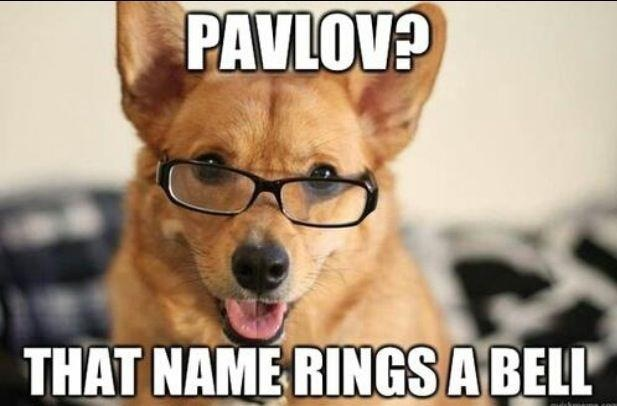 Many people have heard of B.F. Skinner.

His name has been referenced countless times in popular television shows and movies. And although the field of psychology, as both a profession and a scientific area of study, has moved on to other paradigms and theories, there remains a kernel of truth in Skinner’s work that is sometimes difficult to ignore.

Behaviorism didn’t originate with Skinner, but his take on it garnered fame and respect. Other noteworthy behaviorists—John B. Watson and Ivan Pavlov—also made major contributions to this area of psychology as well. Whereas Watson and Pavlov focused more on so-called “classical conditioning,” Skinner focused on “operant conditioning.” The former, classical conditioning, remains associated with inputs (“stimuli”) and outputs (“responses”) that shape behavior and involves an element of association. Operant conditioning, on the other hand, too, involves shaping behavior, but it has more to do with rewards, punishments, and reinforces, although this remains a simplified explanation.

Prior to the 1920s and 1930s, psychology was dominated by the field’s founding father, Sigmund Freud, and his psychoanalytic theory. Solely focused on the subconscious mind and sexual repression, psychoanalysis began to stagnate, and some individuals began to focus on observable effects rather than ephemeral concepts such as “mind” and the “id,” “ego,” and “superego”—to use Freudian parlance. Some psychologists such as Skinner went in the other direction: Rather than study unobservable mental phenomenon, he and others decided to solely focus on that they can see.

And so began behaviorism as a subcategory within psychology. Skinner and his associates traded, some would argue, the Freudian orthodoxy for their own. For Skinner especially, it was all about reinforcers, punishments and rewards, inputs and outputs, and nothing else. He even referred to the human mind as a “black box,” meaning it would remain unknown, and since thoughts could not be directly observed, why waste one’s time worrying about it? All that mattered, from a Skinnerian perspective, was what one could directly observed, like an individual’s behavior.

By the middle decades of the 20th Century, Freud was out, and Skinner’s behaviorism was in.

Not everyone remained happy with Skinner’s bold new ideas, however. Behaviorism, like the psychoanalysis that it replaced, began to show some cracks. One of the major challenges to Skinner’s behaviorist orthodoxy came from an unknown linguist at the time, Noam Chomsky. Chomsky, who later became famous worldwide for his political writings and activism, found Skinner’s explanation of human language and its development wholly inadequate. Chomsky’s Syntactic Structures, published in the 1950s, attacked Skinner’s explanation for human language as something more than the product of reinforcers and launched an entirely new field of psychology, cognitivism. In one swoop, the king was overthrown, and a new “cognitive revolution” had arrived. Like the psychoanalysis he replaced, Skinner’s ideas began to fall out of favor quickly.

Although few psychologists accept Skinner’s behaviorism as a complete theory of human nature, some of this ideas remain relevant. Most undergraduate psychology majors, for example, cannot pass an introductory course without knowing about Skinner and behaviorism. As noted from the outset, his ideas still survive in popular culture, too.

A few areas where behaviorism remains interesting is in things like gambling and dieting. Psychologists recognize, for instance, that gambling is a form of operant conditioning. The gambler is rewarded randomly at times, and those “rewards” reinforce the gambling behavior. In other words, winning a little bit of money from time to time is enough justification to keep playing. Dieting, too, reeks of behaviorist theory. Individuals often gain pleasure from consuming high-calorie, sweet- and fat-based foods. And although the science of dieting is complex, positive and negative reinforcers play a role, which is why most people prefer food that tastes “good.” Eating a banana spit once—and gaining pleasure from it—reinforces the individual to seek out similar (or the same) sweets the next time. In gambling as in ice cream, reinforcing unhealthy behaviors may be a bad idea.

So, although contemporary cognitive scientists and psychologists may disagree with some of Skinner’s assertions, he has not been completely banished to the historical trash can of bad ideas. Indeed, although behaviorism fails to, in general, explain the mind and its workings, it still does a pretty good job explaining why people continue to lose money at slots or continue eating junk food . . . even when we understand that those behaviors may not be good for us.