Opioid Addiction: What You Need to Know 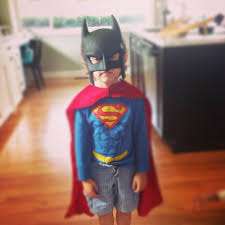 Throughout popular culture, the idea of having an identity crisis has remained a prevalent idea. Throughout countless movie plots and television shows as well as in popular books and magazines, a person can have an “identity crisis”—a stage or moment in their lives where a person appears to lose a sense of who they are.

As it turns out, the German-born developmental psychologist, Erik Erikson, coined the term “identity crisis” and the idea of role confusion is embedded in one of his eight psychosocial stages of development. According to Erikson, the identity verses confusion stage takes place between the ages of 12 to 18 years of age, or during adolescence.

According to author Jeremy Stangroom, who published a book profiling some of the most influential individuals in psychology, “[I]dentity crisis looms large during adolescence because the identities forged in childhood no longer suffice as the identity transitions into adulthood.” Stangroom continues: “A failure to develop a new identity results in role confusion, which is associated with a number of maladaptive patterns of behavior.”

The other stages Erikson has identified are:

It is the identity vs. confusion stage, however, that remains of interest when talking about having an identity crisis. It is as this stage in life where an individual confronts defining who they are and who they want to be. “According to Erikson,” writes Stangroom, “the most important challenge of adolescence is to develop a strong sense of personal identity. This involves creating a robust, integrated sense of self, which is normally achieved by developing a clear idea of a future occupation in life.” This remains, in part, why an individual in their late teens and early 20s spend much time, effort, and resources attempting to identify and pursue a meaningful career.

Erikson died in 1994 in Harwich, Massachusetts, but his ideas about role confusion and more have lived well beyond the man himself. Studying his theories of human development may help teens and parents have a deeper understanding of what adolescence is about. In particular, Erikson’s identity verses confusion stage, which takes place between ages 12 and 18, help to shed light on why those appear to be the “identity crisis” years. More importantly, Erikson may help individuals—particularly parents—understand that role confusion remains a normal part of development.

Finally, based on a reading of Erikson’s work—yes—having an identity crisis is a real thing, and it is only one part of an ever-changing, dynamic life.