Dr. Jordan B. Peterson – the well-known and, at times, controversial Canadian psychologist – published his bestselling book, “12 Rules for Life: An Antidote to Chaos” back in 2018, but the book continues to remain influential.

Peterson, who often weighs in on controversial political topics, tackles 12 rules which, according to him, help individuals rise out of the chaos of their lives. Although it is outside of the scope of this article to move through each of his 12 rules, there are a few that seem important enough to highlight.

Rule #1: Stand Up Straight with Your Shoulders Back. This simple yet effective advice explores how your posture (something that I have to admit that I never thought about too much until after reading Peterson) impacts how others view you as well as how you view yourself. Peterson explores the “dominance hierarchy” – a concept that has to do with evolution and how species organize themselves. More than that, though, Peterson links posture with confidence with, finally, the level of serotonin in an individual’s brain at any given moment.
“Low serotonin,” Peterson writes, “means decreased confidence. Low serotonin [also] means more response to stress and costlier physical preparedness.” The author goes on to write: “Low serotonin means less happiness, more pain and anxiety, more illness, and a shorter life span . . .”

Who knew that simply changing your posture can have such profound effects?

Rule #6: Set Your House in Perfect Order Before You Criticize the World. “[People] appoint themselves supreme adjudicators of reality and find it wanting,” Peterson writes. While exploring this rule in more detail, Peterson cites the Columbine shooters, who wrote a type of manifesto before carrying out their horrific crimes, criticizing “society” and the “world.” Peterson’s point: People who criticize the world will often have personal lives that are a mess. What right does anyone have to tell the world what to do, when they don’t practice what they preach?

Peterson asks: “Have you cleaned up your life? If the answer is no, here’s something to try: Start to stop doing what you know to b wrong. Start stopping today. Don’t waste time questioning how you know that what you’re doing is wrong, if you are certain that it is.”

The bottom line: Get your life in order before you try to solve the world’s problems. Often times, people – whether in the realm of policy, world affairs, or politics – will often say “do as I say, not as I do.” Some of the most well-known world reformers, for example, Karl Marx, had far and wide about how societies should organize themselves, yet Marx’s life resembled an adolescent’s life. He never worked much, mooched off people he knew, and got himself kicked out of ever country he lived in.

Finally, although Peterson has ten more rules, these two #1 Stand Up Straight with Your Shoulders Back and #6: Set Your House in Perfect Order Before You Criticize the World have resonated the most with me. Sometimes the simplest and most basic advice is often times the most helpful type of advice. 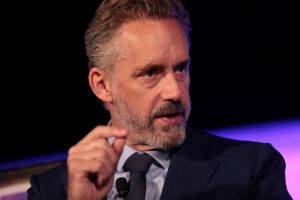