How to Talk to Someone About His or Her Annoying Habits 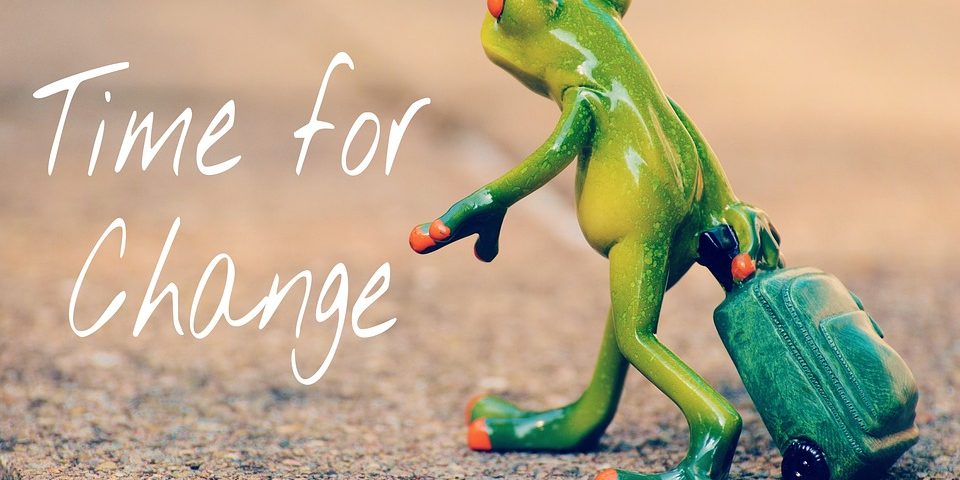 Leaving the familiar behind in order to pursue the unknown is terrifying. That may be one reason why people stay in situations they’re unhappy in. But you don’t have to let fear stop you from leaving behind jobs, romances, or even deeply rooted philosophies that no longer serve you.

I know this because I’ve walked away from four long-term live-in romantic relationships and four good-paying steady jobs in order to pursue a happier, healthier, and more fulfilling existence. And each and every time it was worth the effort.

The first step is deciding whether or not you’re ready to start a new chapter of your life. Here are some tools I’ve used that can guide you during this often lonely and deeply personal decision-making process.

1. Ride it till the wheels fall off – Have you given the situation 150%? I’ve found it useful to make sure that you’ve exhausted every possibility within your current situation. This method helps ensure you won’t have recurring thoughts like, “I could have tried harder” or “The issues preventing me from succeeding were within my control, but I didn’t address them.” If you’re certain you’ve done everything in your power to make things work, if you “ rode it until the wheels fell off,” you’ll never have to look back and wonder how things may have turned out if you had just put forth a little more effort.

Once you’re sure that moving on is what you want to do, you need to have two things in place to set yourself up for success. You need to make a plan, and you need to secure a support system. It doesn’t have to be a great plan, nor does it need to be a large support system. But it’s important that you have both of them, because they’ll be the only things preventing you from turning around in moments of fear, weakness, and loneliness. And I can assure you that those moments will come.

Plan- My plans are never very good, but I always have one. Once I’m sure that staying at Point A is no longer an option, I find a Point B, and fast. It could be as simple as finding a new (even if not ideal) job, as complex as getting on a reality TV show, or as simple as asking a friend if you can live with them until you figure out your next move. Don’t get caught up in the idea that you have something to lose because you don’t. You’ve already decided that staying in your current situation isn’t an option. So by this point there’s no going back. Sleeping on a friend’s sofa is far better than sleeping unhappily in a king size bed.

Support system- You want to find people who’ve gone through similar intense life changes and have made it through to the other side. These are the people who will remind you that everything you’re doing is worth it.

It’s also helpful to have a neutral party for support, who can assist you in examining your life and your choices objectively. A therapist can be great at this, because you can fully trust that whatever you discuss is confidential. And, as we too often find out the hard way, this isn’t always the case with friends and family.

These basic tools can help you get to the other side of a difficult choice, but you need to believe in yourself and in your ability to build a better life. I understand that you may not be able to see it, or touch it, or even cuddle up with it at night, but it’s possible. And believing that it’s possible is the first step to successfully leaving behind the familiar and stepping into the unknown.