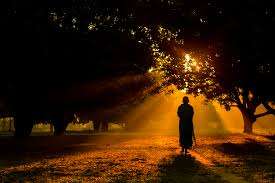 Contrary to what most people think, Wicca is not a cult religion nor does it involve actual witches . . . or least not the kind of witches that come to mind, which are popularized on television, in movies, or in books. Wicca is sometimes referred to as “the Craft,” and it involves a personal path of spiritualism that focuses on the Earth, personal development, social justice, and holistic foods. Wicca, then, means “wise” in Anglo-Saxon, and there are many facets to modern Wicca practices. Some of them involve meditation, acts of transformation (magic), and seasonal rituals and festivals.

For instance, right now, in mid-August, it is the time of “Lughnasadh”—the period between the summer solstice and the autumn equinox. Wiccans describe this time as a time of shorter days, longer nights, and harvest. Many of these practices are based on the natural year-long cycles of seasons and daylight, which explains the focus on the Earth and nature.

“It is hard for city-dwellers, who have the privilege of the year-round availability of nutritious food, to understand the importance of the harvest to people for whom the staple stock from last year may have run out many weeks before,” writes Ann-Marie Gallagher, an author of a popular book about Wicca.

Other important times of year are the summer and winter solstices, the autumn and spring equinoxes as well as “samhain,” the festival of the dead, and “imbolc,” which takes place in mid-February in the Northern Hemisphere, a time that marks the beginning of winter’s thaw. In sum, Wiccan’s mark particular parts of the year that cohere to Earth’s seasons.

Another area of interest remains in the practice of meditation, which many Wiccans use to focus inward. Sometimes called, “visualizations,” these practices enable practitioners to relax and reflect—not unlike many meditation techniques used in Eastern Buddhist traditions as well as in western psychology. Here, “the Craft” and psychology remain similar. One difference, however, is that Wicca meditation and visualizations almost always involve the Earth and all of its manifestations: soil, tress, sunlight, rocks, and so on.

On the whole, despite its longevity, much confusion still tends to persist around Earth-based spiritual traditions. Much of the confusion stems from historical conflicts and, nowadays, popular culture. But despite the confusion, there remains a rich source of spirituality as well as meditation techniques and visualizations in Earth-based spirituality that parallel other techniques across the globe, in Buddhism and western psychology, for example. Finally, as the days grow shorter and the nights longer, perhaps synching up our lives to the Earth may not be a bad idea.